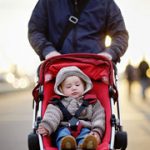 Organizations that advocate for paid parental leave recognize that for most employers, the decision of whether to offer that benefit will be rooted in economics. In a competitive environment, it’s a rare employer that can afford to add to personnel costs without a bottom line-based rationale.

The motivation of employers in California, New Jersey, Rhode Island, New York and the District of Colombia, includes obeying state law. However, in some of those states, the compensation employees receive while on leave may be less than the full amount of their earnings, and is funded by a state-run insurance system that employees fund via mandatory payroll-deducted premiums.

What’s the outlook for paid parental leave? Based on a recent survey by the Society for Human Resource Management (SHRM), dealing with employer-paid family leave practices, growth appears to be on the horizon. SHRM’s analysis includes this prediction: “A competitive labor market may prompt more organizations to adopt robust, paid parental-leave policies in order to attract needed workers.”

SHRM’s research shows that 18% of U.S. employers offer paid maternity leave, and 12% also offer paid paternity leave. Paid parental leave is most common in the technology sector, where competition for talent is intense.

Research by WorldatWork, another professional membership group, delved into the same topic in 2016. Assessing the prevalence of paid parental leave policies is tricky because companies often don’t distinguish between paid family leave benefits, and paid leave earmarked specifically for new parents. Below are some of the findings.

Among companies that do offer paid leave to new parents as a separate benefit from their overall paid family leave policy:

According to a report compiled by the National Partnership for Women and Families, employers that offer paid leave plans may enjoy many benefits as a result, some of which are listed below.

These claims are general, so assessing the potential benefits of having a paid leave plan in your workplace will require some analysis on your own part. Here are some questions suggested by SHRM to help with such an evaluation.

1. Which job categories or demographic segments of your workforce are most vital to your success? For example, you may find that the group you most rely on is composed of younger employees who are more likely to need paid parental leave.

2. What motivates the workers who are most vital to your success? It’s possible that the employees who are most likely to take advantage of paid parental leave would place a higher value on some other form of compensation, such as more generous paid vacations.

3. What’s the competitive landscape in your labor market? If you’re not having a turnover problem or if your competitors aren’t offering paid family leave, you may not feel compelled to consider it.

4. What’s your overall employment strategy and workplace culture? If your primary employment value proposition is, for example, schedule and career flexibility and a “family friendly” culture, paid family leave would be a natural fit.

5. Crunch the numbers. While it’s impossible to project with precision the cost in “extra” wages and financial payoff that’s involved in reduced employee turnover and higher productivity levels, you’ll need to give it a shot. If you move forward with a paid family leave policy, after you have accumulated some history, you will be able to verify or correct the preliminary conclusions you have drawn.

Will paid maternity and related family leave benefits become more commonplace, as often predicted? The answer will depend on the conclusions employers draw as they consider these and other questions and factors beyond their control, including the future strength of the economy and birth rate trends.