Is Your Workplace Toxic? 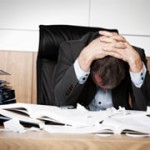 It’s easy to get so caught up in leading your organization that you lose sight of what’s going on two or three layers down the organizational chart. There could be a lot of frustration and dysfunction at that level, yet the only reports you hear from your managers are upbeat.

You might have an eye-opening experience if you check out reviews by current or former employees on employment websites such as Glassdoor.com. Here’s an actual description posted on that site:

Imagine for a moment if that post was about your company. There’s always the chance that a disgruntled former employee might seek revenge for termination by trashing your company online. But if multiple negative reports start appearing, you could really have a problem. At minimum, this may prevent people from applying for work at your organization.

What is a toxic workplace? It’s a workplace where productivity is hindered by significant infighting, over-the-top drama and other personal battles among employees.

What makes a workplace toxic? The simple answer is that employees who are focused on personal gain use tactics that are questionable — perhaps mean-spirited, unethical and even illegal. In the process they annoy and manipulate coworkers and pollute the environment.

And how do employees become toxic? Often it’s factors way beyond your control, such as unresolved personal issues. Although you can’t play psychotherapist or read their minds, you can learn to recognize the signs of a toxic workplace — and detox it quickly. Here are some signs to look for:

Company social events are sparsely attended. This suggests a lack of friendships among employees.

There’s a pervasive boss-is-always-right syndrome in the workplace. If employees in staff meetings never voice an opinion contrary to that of the most senior person in the room, they probably fear negative repercussions. Such intimidation not only demoralizes employees, but also restricts the organization to monolithic thinking.

The sick day count is high. High stress (possibly from the work environment) can cause both emotional and physical ailments. Of course, physical illnesses aren’t always caused by stress so, if this is a problem at your company, you may want to investigate issues such as air quality and sanitation.

Grumpiness is running rampant. Observe the demeanor of your employees. Do they look happy and energized? Or the opposite? Some people can mask unhappiness, but few will try if they see others as the cause of their anxiety or discouragement.

Many discussions are taken “offline.” Not every issue can be discussed openly. But when managers in staff meetings frequently state a topic must be addressed in private by a smaller group, this could indicate an excessive level of secrecy and distrust.

Mistakes get swept under the rug. If a manager or the organization has taken a hit because of a bad decision or strategy, openness and humility may be the best policies. When managers deny or try to obscure obvious problems, employees feel as though they’re being treated like children.

Turnover is high. Sometimes high turnover happens in non-toxic work environments. Your competitors may simply be stealing your better employees. But an unhealthy work environment could also be the culprit and the result is the same — your workforce is diminished and hiring costs rise.

Removing the toxicity from a work environment can’t be accomplished overnight. The process begins by being brutally honest and trying to uncover how a toxic environment was allowed to develop in the first place. Ask yourself questions such as:

A rigorous performance review system must be in place to prevent toxic environments from developing. If a department appears to be experiencing problems possibly attributable to poor personnel management, the department head should be scrutinized. Take a look at the manager’s reviews of his or her own direct reports to see whether there’s evidence of substandard supervision practices.

A common pattern that leads to trouble is promoting good workers to management positions without assessing whether they have the relevant skills and training to be managers. The world’s best computer programmer won’t necessarily be a good supervisor — especially if no management training is provided. That doesn’t mean that person will develop a toxic personality, but dysfunction resulting from poor leadership can have the same effect.

Before promoting an existing employee into a management role, find out whether that person is even interested in such a move. Someone who didn’t have that career path in mind might feel flattered and obligated to take the promotion (and raise in pay), yet know it’s the wrong move. If the new manager expresses regret and it’s not too disruptive, the best answer might be to permit a return to his or her former position. Alternatively, provide the person with more training and mentoring and, chances are, he or she will rise to the occasion.

If your suspicions are aroused but an analysis hasn’t revealed a smoking gun, you may need to go outside your company. Worker surveys conducted by employee polling vendors might be the answer. These surveys are generally confidential, which could be the key to uncovering the real problems you need to address. Finding and fixing those hidden issues could allow for a new beginning and a positive, energized workplace.

An organization can’t thrive when many employees feel put-upon, so, like it or not, if you have a toxic work environment, you need to tackle it before it gets worse. It’s a challenging problem, but one that’s generally solvable.