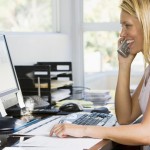 Sometime this year, a U.S. District Court in Detroit will dive back into the weeds to decide whether a particular job at Ford Motor Corporation could be done adequately by an employee working four days a week from home. That’s the task it was given by the U.S. Court of Appeals for the Sixth Circuit, which covers Kentucky, Michigan, Ohio, and Tennessee. This court overruled a trial court’s initial rejection of a discrimination suit filed by the U.S. Equal Employment Opportunity Commission (EEOC). The EEOC is the federal agency charged with enforcing the Americans with Disabilities Act. What constitutes a reasonable accommodation without placing an undue burden on the employer? The answer is constantly evolving as the EEOC explores new theories and fact patterns. (EEOC v. Ford, No. 12-2484).

Regardless of the ultimate outcome at the trial court level, the Court of Appeals has staked out an aggressive position hailed by the EEOC as “the latest in a series of cases ensuring persons with disabilities are allowed the opportunity to use their talents fully.” Based on today’s sophisticated technology, the courts recognize that communication between employees and employers (as well as customers and coworkers) is not the barrier it once was. Presumably that would make it easier to telecommute to jobs  which require regular interaction.

While nobody would want to keep employees from using their talents fully, the question really lies in what accommodations are required for an employee to perform well at the job.

Here’s a quick summary of the facts:

Jane Harris, a former “resale steel buyer” for Ford, has an acute case of irritable bowel syndrome (IBS). The essence of her job, according to testimony in the case, “was group problem-solving, which required that the buyer be available to interact with members of the resale team, suppliers and others in the Ford system when problems arose.”

Harris’ IBS could flare up at any time, causing frequent “accidents.” Those could be induced simply by the act of standing up from a seated position, she testified. Harris asked Ford to allow her to work from home four days a week to accommodate this disability.

Ford already had a policy generally permitting many office workers to telecommute one or two days a week. But because Ford believed Harris’ job required frequent interaction with workers, the company balked at her request. Instead, Ford wisely engaged in a discussion with Harris to try to work something out, rather than slamming the door on her request outright.

Specifically, Ford offered to relocate her office to a spot adjacent to a restroom, and also offered to find her another job that was (in its opinion) more suitable for telecommuting. Harris declined both offers.

Complicating matters, however, Ford subsequently terminated Harris on performance grounds. She interpreted it as retaliation for her seeking the accommodation, and took her case to the EEOC, which sued Ford on her behalf.

As noted, the trial court sided with Ford, agreeing with the employer that Harris was not qualified to perform the job when frequently away from the office, as she already had been. The absences resulted in some errors due to her lack of access to information that she could not retrieve remotely after business hours. The lower court also agreed that Harris’ telecommuting request would not qualify as a “reasonable accommodation,” and that she had failed to prove her termination was retaliatory.

The key issue for the appeals court was whether Ford could prove that Harris’ physical presence at the worksite was essential. In prior similar cases years ago, the appeals court had sided with employers on this issue.

“However,” the court noted, “as technology has advanced in the intervening decades, and an ever-greater number of employers and employees utilize remote work arrangements, attendance at the workplace can no longer be assumed to mean attendance at the employer’s physical location. Instead, the law must respond to the advance of technology in the employment context, as it has in other areas of modern life, and recognize that the ‘workplace’ is anywhere that an employee can perform her job duties.”

To determine whether a particular job requires a worker’s physical presence is required, the appeals court said these considerations must be taken into account:

The court then summarized arguments by Ford and the EEOC, commented on them, then sent the case back to the lower court to take a fresh look at the facts and arguments and rule on the case again. The bottom line for employers today: in disability situations, think twice before equating work attendance with physical presence at your worksite.