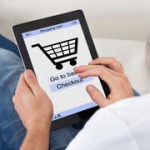 The Internet Tax Freedom Act (ITFA) is currently set to expire at the end of September. A bill to permanently extend the ITFA passed the House in June and is awaiting approval by the Senate. There’s a common misconception that the ITFA provides businesses with a “get-out-of-tax” card. In truth, however, it does not give businesses a blanket exemption from tax obligations on transactions conducted on the Internet.

For federal income tax purposes, businesses generally must report income from e-commerce, regardless of the size of the operation. But special income tax rules apply to casual online sales.

For example, you don’t have to report income from occasional sales that are the equivalent of a garage sale, where you sell personal items worth less than their original cost. If your online sales evolve into a regular business or you purchase items to resell at a higher price, however, your operation may be treated as an online auction business. The income is then taxable, but it can be offset by qualified business expenses.

Finally, if you sell appreciated assets online — such as art, antiques and collectibles — the sales could result in a taxable gain. For more information on Internet sales and income tax issues, contact your tax adviser.

As it currently stands, the ITFA prohibits states only from imposing tax on Internet access. Businesses must continue to meet federal and state income tax obligations on revenue generated from online transactions. In recent years, state and local governments have also sought to generate more revenue through sales and use taxes on Internet sales.

The quest for taxing online sellers has evolved into a pitched battleground, pitting state and local governments against businesses that sell online. Even brick-and-mortar stores have piped in, claiming that online operations have an unfair advantage. Previous legislative proposals to “level the playing field” have failed to win approval, but this year’s version of the Marketplace Fairness Act seems to be gaining traction in Congress.

Background on Sales and Use Taxes

In addition, states with sales tax impose a “use” tax that effectively mirrors the sales tax. A state’s sales tax and use tax are mutually exclusive. That is, either sales or use tax applies to a transaction, but not both. The use tax applies when the business doesn’t collect sales tax but has merchandise delivered into the state.

For example, suppose Mr. Smith bought an expensive desk from a mail order catalog that operates from Alaska, a state that doesn’t impose sales tax. The furniture dealer wouldn’t be required to collect sales tax when it sold the desk to Mr. Smith. But Mr. Smith would owe use tax in Illinois, his place of residence and where the desk will be used.

In the past, companies of all sizes have generally complied with state sales and use tax requirements. But with the advent of the Internet as an alternative distribution channel, the sales and use tax rules became much more confusing. There’s been no clear-cut consensus about sales tax responsibilities for Internet transactions.

To Tax or Not To Tax?

A landmark 1992 Supreme Court case — Quill Corp. v. North Dakota — determined that mail order retailers must have a substantial physical presence (or nexus) in a state in order to be required to collect sales tax from customers in that state. In addition to a storefront, nexus might include a warehouse, factory, office or employees in a given state. The rationale behind the Quill decision was that requiring out-of-state retailers to collect varying levels of state and local sales taxes is burdensome, especially for small businesses.

Today, the “physical presence” requirement set forth in Quill has been extended to online retailers. But state and local taxing authorities see online sales as an opportunity to help fill their coffers. And some have decided that physical presence is an outdated concept in a digital world. They argue that current technology simplifies the process of collecting sales tax for products sold across state lines, thereby eliminating the rationale underlying Quill.

California and New York have led states’ efforts to collect sales tax from Internet sellers in recent years, expanding on the basic concept of nexus. Other states are less proactive about collecting sales tax. The result? Businesses that sell products online face a bewildering array of laws in different states, further clouding the issue.

Congress has debated the merits of the Marketplace Fairness Act for several years. The initial version of the act, which was introduced in 2011, granted authority to individual states to collect sales tax from “remote sellers” (including Internet businesses) regardless of where they were located. In other words, states wouldn’t be required to establish nexus to collect sales tax. As with local sellers, the sales tax would be assessed at the time of the transaction.

1. Join with other states that have voluntarily adopted simplified procedures under the Streamlined Sales and Use Tax Agreement (SSUTA). This system was developed by a consortium of states and businesses. Any state that has accepted the SSUTA and is in compliance would qualify.

2. Meet the simplification requirement by agreeing to take the following steps:

If it’s passed, the Marketplace Fairness Act of 2015 would give states the option to require out-of-state Internet sellers to collect sales taxes owed under state law in the same manner as in-state businesses. The 2015 bill provides an exemption for businesses with annual remote sales of $1 million or less.

Tax-free online transactions cause states to lose an estimated $23 billion per year in sales and use tax revenue, according to the National Conference of State Legislatures (NCSL). In August, the NCSL adopted a resolution calling for Congress to delay any action to permanently extend the ITFA until it passes legislation that allows states to collect sales tax on Internet purchases.

With so much money at stake, sales and use tax rules on Internet transactions remain a controversial topic. But it’s something that demands greater clarity as the volume of digital commerce continues to grow.