Who Will Have Access to Your ‘Digital Assets’ When You Die? 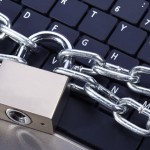 Every year, Americans are more likely to send e-mail messages, bank online, archive family photos and participate in social media. Many people even decide to “go paperless,” paying bills and accessing all account information online. It’s a sign of the times that states are passing legislation to grant family members, executors and other fiduciaries the right to access a decedent’s “digital assets,” including e-mail, social media, photos and financial accounts that are contained on personal computer files and cloud networks.

Facebook and Google were originally created by college students who probably gave little thought to estate planning. But as social media has grown up, providers have begun dealing with and planning for the deaths of their users. Each provider has adopted different protocols, further complicating matters.

For example, Google lets users premeditate what they want to do with their e-mail, photos and videos after they die. If people don’t log onto their Gmail accounts for a while, they can be deleted.

Twitter and Yahoo deactivate an account if a family or estate submits a death certificate. Yahoo users agree when signing up for an account that the account expires when they do. LinkedIn deactivates an account once it receives an online request form from a legal survivor.

Facebook keeps a person’s file setting public if that was what the person selected when living. Here’s more about how Facebook handles accounts from its website:

“We will memorialize the Facebook account of a deceased person when we receive a valid request. We try to prevent references to memorialized accounts from appearing on Facebook in ways that may be upsetting to the person’s friends and family, and we also take measures to protect the privacy of the deceased person by securing the account.

Please keep in mind that we cannot provide login information for a memorialized account. It is always a violation of our policies to log into another person’s account.”

In February, a Minnesota dad made an emotional plea to Facebook, requesting to see the “Look Back” video for his recently deceased son. As part of its tenth anniversary celebration, Facebook provided users with videos that set their photos and posts to music. But users had to invite others to view their videos.

“These videos really touched me…I just wanted so desperately to see how (my son’s) video would turn out,” the grieving father told reporters.

While Facebook granted the father’s wish, other loved ones have been denied access. The episode highlights some of the issues involved in the handling of social media accounts after users die.

But access to a deceased person’s digital assets can be a touchy subject, because individuals have privacy rights, too.

Digital assets don’t disappear when a person dies. They sit in cyberspace or are locked inside a computer unless a spouse, an executor or some other fiduciary receives the passwords and authorization to access them. Digital assets also continue to pose cyber-security risks. For example, hackers could gain access to the records — and heirs, executors and other fiduciaries might lack the ability to change passwords.

Digital assets face obstacles that don’t apply to traditional types of property, including passwords and encryption. In addition, unsuspecting executors and family members who access digital assets may inadvertently trip criminal laws regarding unauthorized access to computers, such as the Computer Fraud and Abuse Act, or data privacy laws, such as the Stored Communications Act.

Courts are just beginning to see disputes over digital assets. So far, no decisive rulings have determined who owns a deceased person’s “digital access” and who gets to see digital records. To complicate matters, there’s little uniformity in current state laws.

Currently, at least eight states — Connecticut, Idaho, Indiana, Louisiana, Nevada, Oklahoma, Rhode Island and Virginia — have enacted laws that grant executors and other fiduciaries access to a dead person’s digital information. Executors or trustees are generally given the same control over those assets as they have with physical assets, such as safety deposit boxes and stock certificates.

Delaware may soon be the next state to move into this cyber zone if its governor signs pending legislation that would make digital assets part of a person’s estate upon death. At least ten other states are expected to consider similar legislation this year.

To head off confusion and help establish a nationwide standard, the Uniform Law Commission (ULC) recently passed a model digital assets law called the Uniform Fiduciary Access to Digital Assets Act (UFADAA) for states to follow. The ULC is a nonprofit organization of lawyers, legislators and judges appointed by every state to draft and standardize laws.

“In the modern world, digital assets have largely replaced tangible ones,” the ULC says. “Documents are stored in electronic files rather than in file cabinets. Photographs are uploaded to websites rather than printed on paper. However, the laws governing fiduciary access to these digital assets are in need of an update.”

2. Guardians or conservators of a protected person’s estate;

3. Agents under a power of attorney; and

You should start planning now who will get your digital assets, including passwords and personal identification numbers, when you die. There are plenty of questions about access and how to get it.

For instance, where are passwords located? Are digital assets hidden in the cloud, an offsite repository that houses a person’s online files?