What to Consider Before Jumping on the Hiring Bandwagon 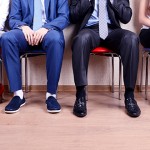 The U.S. Department of Labor has released its early jobs report. The findings: Unemployment has fallen to 6.1 percent — its lowest level since September 2008. In addition, about 288,000 new domestic jobs were added in June. These statistics exceed economists’ expectations, but they can be misleading for several reasons.

Who Has the Jobs?

States with the highest net job growth since 2008:

Note: States with more jobs following the recession may still experience unemployment rates above the national average. Examples include the District of Columbia and New York. Conversely, states with fewer jobs following the recession may report unemployment rates below the national average. Examples include Ohio and Delaware.

The Department of Labor’s unemployment rate only includes people actively seeking employment. The headcount excludes discouraged people — including many teenagers — who’ve given up their job searches, and underemployed individuals who’ve accepted lower-level or part-time positions to make ends meet. So, it may be that unemployment figures are going down for the wrong reasons.

Nationwide statistics overlook variances from state to state. Some states are experiencing unemployment rates above (or below) the national average. And in some states, there are more (or fewer) jobs than before the recession (see the right-hand box).

For example, in Texas, there are currently about 1 million more jobs than before the recession, thanks to a boom in oil and natural gas. North Dakota also reports below-average unemployment due to job growth in mining and utilities. Although the District of Columbia added many professional, health service, hospitality and education jobs, its unemployment rate (7.5 percent in May) remains above the national average. In Nevada and Arizona, analysts blame above-average unemployment rates on fewer jobs in the construction sector since the start of the recession.

Low unemployment rates suggest that many employers are now hiring. According to Manpower’s latest employment outlook survey, 22 percent of companies plan to hire at least one employee in the third quarter of 2014. Five of the most promising sectors are:

But there are a few things to do before you hang out the “Now Hiring” shingle:

Evaluate openings. Just because someone leaves, it doesn’t necessarily mean you need to replace him or her immediately. Review the individual’s responsibilities. It’s possible that some tasks can be reassigned to another employee, who’s bored with his or her current role or ready to take on more senior-level responsibilities. By reallocating the workload, you may be able to hire a less experienced or part-time replacement for less money.

Also consider whether an independent contractor might fit the position. You’ll lose control over the worker — but you’ll also spend less on payroll taxes and fringe benefits. If you’re unfamiliar with the differences between employees and independent contractors, consult with your tax professional to ensure compliance with IRS rules. Misclassifications can lead to payroll tax deficiencies, penalties and interest. You also may be liable for employee benefits that should have been provided but were not, if you classify a worker incorrectly.

Set your budget. Decide how much you’re willing to spend on salaries and benefits, as well as on recruiting new candidates. But don’t just accept the status quo. If you’re replacing someone who’s been with the company for decades, you may be able to find a less expensive replacement with fresh ideas. But if you’re an entrepreneur hoping to raise the company to the next level, you may seek a more experienced candidate who knows how to implement formal policies and procedures.

For new positions, research the market to determine how much other companies pay for similar positions and which benefits and perks are most valued by employees. If your compensation package is attractive, the most qualified candidates will show interest in the opening and apply.

Define your requirements. With social media, it’s easy to post a job and receive hundreds of applications. Make sure your job description is specific enough to weed out under-qualified or over-qualified candidates. Recruiters can help your human resource department write job descriptions — including education, experience and salary requirements — and narrow your search down to, say, a dozen qualified candidates. In addition, recruiters can conduct initial telephone interviews to screen applicants. This can save significant time and minimize frustration in-house.

When you’re finally ready for face-to-face interviews, take a pragmatic, modern approach. Today’s applicants search the Internet for sample resumes and cover letters — and “borrow” from them. They can also read up on sample interview questions — and learn which responses most impress potential employers. Therefore, someone who interviews well or looks good on paper isn’t necessarily the best fit for your company.

One idea is to start the process by checking references, including any people in your network who know the candidate but aren’t listed as references on their job application. The social media site LinkedIn is a good way to see if you know someone who’s connected to an applicant. Hearing someone’s praise — or reticence — about an applicant is a good indicator of his or her competence. Most employers reserve reference checks until they’re about to make an offer, but reversing the process might speed things up and produce better candidates.

Another idea — that works for almost every level of employment — is a hands-on test. Pick a couple of tasks or sample problems to see first-hand how the candidate will perform. For example, if you’re hiring a marketing manager, ask the applicant to write a press release. Ask a sales candidate to run through a mock sales call. Or give a hotel manager applicant the opportunity to walk through your lobby and guest rooms to compile a list of recommended improvements. These practical tests can quickly reveal which applicants will be the best employees, not the best job applicants.

It’s easy to get excited about your top choice and to tire of the hiring process, which might take months to complete. But it’s imperative to follow through with every step, including background and credit checks. If your organization has ever been the victim of employee theft or fraud, you know these are more than formalities, especially for applicants who will have access to cash and financial accounting records.

The formal hiring process can be overwhelming, but rash decisions can be costly. If you need to fire someone later on, it can lead to unemployment claims, lost training time and productivity, additional recruiting costs, higher unemployment insurance rates in the future — and potential legal claims from the employee. So, take your time to pick people who are the right fit for your corporate culture and available positions.