Wedding Bells and Taxes: Tax Issues to Consider Before Tying the Knot 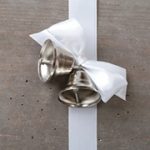 Summer — the traditional wedding season — is just around the corner. Marriage changes life in many ways. Here’s how it may affect your tax situation.

Your marital status at year end determines your tax filing options for the entire year. If you’re married on December 31, you’ll have two federal income tax filing choices for 2017:

1. It’s simpler. You only have to file one Form 1040, and you don’t have to worry about figuring out which income, deduction and tax credit items belong to each spouse.

Filing jointly isn’t a sure-win for one big reason: For years that you file joint federal income tax returns, you’re generally “jointly and severally liable” for any underpayments, interest and penalties caused by your spouse’s deliberate misdeeds or unintentional errors and omissions.

Joint-and-several liability means the IRS can come after you for the entire bill if collecting from your spouse proves to be difficult or impossible. They can even come after you after you’ve divorced.

However, you can try to claim an exemption from the joint-and-several-liability rule under the so-called “innocent spouse” provisions. To successfully qualify as an innocent spouse, you must prove that you:

If you file separately, you’re certain to have no liability for your spouse’s tax misdeeds or errors. So, if you have doubts about a new spouse’s financial ethics, the best policy may be to file separately.

On the other hand, many married couples collect a federal income tax “bonus” from being married. If one spouse earns all or most of the income, it’s likely that filing jointly will reduce your combined tax bill. For a high-income couple, the marriage bonus can amount to several thousand dollars a year.

Important note: The preceding explanation of the marriage penalty and bonus assumes that the current federal income tax rates will remain in place for 2017. However, rates and rate brackets could change depending on tax reforms that may be proposed and enacted before year end. Ask your tax advisor for the latest details on federal tax reform efforts.

When people get married, they often need to combine two separate households before or after the big day. If you and your fiancé both own homes that have appreciated substantially in value, you may owe capital gains tax.

However, there’s a $250,000 gain exclusion for single taxpayers who sell real property that was their principle residence for at least two years during the five-year period ending on the sale date. The gain exclusion increases to $500,000 for married taxpayers who file jointly.

Conversely, let’s say you sell your home and move into your spouse’s home. After you’ve both used that home as your principal residence for at least two years, you could sell it and claim the larger $500,000 joint-filer gain exclusion.

Getting hitched may open up new tax risks — and some new tax planning opportunities. It pays to be well-informed. Contact your tax advisor for guidance on how getting married could change your tax situation in 2017.