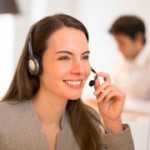 A poll of some 700 employers earlier this year by Korn Ferry — a recruitment firm — found that 71% use “real-time video tactics” such as Skype for interviewing candidates. That doesn’t necessarily mean these companies use video methods exclusively; many use them for the first round of elimination.

An important benefit of video is that it allows you to interview job candidates who live a considerable distance away without having to pick up the tab to pay for their travel expenses. A pharmaceutical company recently reported it had conducted 2,700 video interviews during the past year, and saved $475,000 it would have spent to reimburse travel costs for the 220 trips job candidate finalists would have taken.

Not all employers can afford to pay for job candidate travel, of course. So, looking at it from another perspective, video interviews can encourage more candidates to apply for positions which would have required expensive, time-consuming travel.

Meanwhile, a newer use of video technology — the asynchronous job interview system — is gaining a foothold as technology vendors develop and promote the service. One-fourth of the respondents to the Korn Ferry survey reported using “candidate video applications as part of [their] recruiting process.” This approach is more geared to filling a broad spectrum of job categories.

Asynchronous systems essentially are video job application forms: You come up with your list of questions, and job candidates are video-recorded using their own computers giving answers to your questions. You or your managers can be videotaped posing the questions to give the job candidate more of a feel for you and your organization. This system is called “asynchronous” because questions aren’t asked and answered at the same time.

You can use this tool (as well as live video interviews) merely to shrink the applicant pool to a list of finalists who you then would bring in for a face-to-face interview, instead of to make an actual hiring decision.

Some other potential advantages of asynchronous systems include:

Gaining additional input from staff. You can give access to video-recorded job applications to multiple members of your staff, so that they can review them at their convenience. This makes it easier to get additional perspectives on various candidates than if there were only one opportunity to be present during an interview.

Reviewing applicants’ responses. It’s impossible to absorb every nuance of a job candidate’s responses to your questions in a live interview. Being able to hit the replay button as often as you want takes care of that problem.

Keeping the interview to a set time limit. You can limit the time allotted for each response to keep the total interview to a desired length. If you want an elaboration on any answer, you can always ask for it in a second-round interview.

Asynchronous video interviews have become common enough that pundits are now advising job applicants on how to handle them successfully. Some of that advice cuts both ways when your own questions are videotaped.

Dress for Success Is not Just Advice for Job Candidates

Even if your company dress code is casual, interviewers still want to convey an aura of professionalism in their appearance. That applies not only to dress, but also to what job candidates will see in the background. If they see a chaotic desk or messy break room, some qualified job candidates may decide to look elsewhere.

Similarly, don’t skimp on the video technology and set-up. Poor visual and sound quality are a strike against you. Also, be sure you are framed properly in the screen.

Here are some additional pointers:

Hiring smart takes more than fancy technology. And remember, using a video-based interview system shouldn’t prevent you from bringing in your finalists for face-to-face sessions. But unless you oppose time-saving technology solutions across the board, video-based job interviews are worth a careful look.