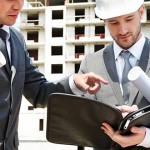 On October 1, the U.S. Department of Labor (DOL) announced a final rule that raises the minimum wage for workers on federal service and construction contracts to $10.10 per hour. The final rule implements Executive Order 13658, which was announced by the president on February 12, and it will benefit nearly 200,000 American workers, according to the DOL.

The Davis-Bacon Act (DBA), and related acts, apply to contractors and subcontractors performing on federally funded or assisted contracts in excess of $2,000 for the construction, alteration, or repair (including painting/decorating) of public buildings or public works. DBA and related act contractors and subcontractors must pay their laborers and mechanics employed no less than the locally prevailing wages and fringe benefits for work on similar projects in the area.

The DBA directs the DOL to determine such locally prevailing wage rates. The law applies to contractors and subcontractors performing work on federal or District of Columbia contracts. The DBA prevailing wage provisions apply to the “Related Acts,” under which federal agencies assist construction projects through grants, loans, loan guarantees, and insurance.

For prime contracts in excess of $100,000, contractors and subcontractors must also, under the provisions of the Contract Work Hours and Safety Standards Act, as amended, pay laborers and mechanics, including guards and watchmen, at least one and one-half times their regular rate of pay for all hours worked over 40 in a workweek. The overtime provisions of the Fair Labor Standards Act (FLSA) may also apply to DBA-covered contracts.

The McNamara-O’Hara Service Contract Act (SCA) requires contractors and subcontractors performing services on prime contracts in excess of $2,500 to pay service employees in various classes no less than the wage rates and fringe benefits found prevailing in the locality, or the rates (including prospective increases) contained in a predecessor contractor’s collective bargaining agreement. The DOL issues wage determinations on a contract-by-contract basis in response to specific requests from contracting agencies. These determinations are incorporated into the contract.

For contracts equal to or less than $2,500, contractors are required to pay the federal minimum wage as provided in the FLSA.

For prime contracts in excess of $100,000, contractors and subcontractors must also, under the provisions of the Contract Work Hours and Safety Standards Act, as amended, pay laborers and mechanics, including guards and watchmen, at least one and one-half times their regular rate of pay for all hours worked over 40 in a workweek. The overtime provisions of the FLSA may also apply to SCA-covered contracts.

“No one who works full time in America should have to raise their family in poverty, and if you serve meals to our troops for a living, then you shouldn’t have to go on food stamps in order to serve a meal to your family at home,” said DOL Secretary Thomas E. Perez. “By raising the minimum wage for workers on federal contracts, we’re rewarding a hard day’s work with fair pay. This action will also benefit taxpayers. Boosting wages lowers turnover and increases morale, and will lead to higher productivity.”

The final rule provides guidance and sets standards for employers concerning what contracts are covered and which of their workers are covered.

The rule also establishes obligations that contractors must fulfill to comply with the minimum wage provisions of the executive order, including record-keeping requirements. It provides guidance about where to find the required rate of pay for all workers, including tipped employees and workers with disabilities.

Additionally, the rule establishes an enforcement process that should be familiar to most government contractors and will protect the right of workers to receive the new $10.10 minimum wage.

When Does it Go into Effect?

The minimum wage applicable under this final rule will be indexed to inflation in future years.

The final rule makes clear that the executive order minimum wage requirement applies to all contracts for construction covered by:

The final rule came after consideration of extensive comments from the federal contracting community, workers and other interested parties.