Toeing the Fine Line Between Employees and Independent Contractors 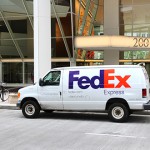 Businesses often prefer to treat workers as independent contractors to lower their costs and administrative burdens. But the IRS, the U.S. Department of Labor, various state agencies or even the employees themselves may challenge an employer’s classification. The U.S. Tax Court considers seven factors when deciding whether to classify workers as employees or independent contractors. But states have their own tests for determining employee status.

As a central part of its business, FedEx Ground Package System, Inc. contracts with drivers to deliver packages to its customers. An operating agreement between FedEx and its drivers sets forth the parties’ mutual business objectives but states that the manner and means of reaching them are within each driver’s discretion.

A class action suit was originally filed in the California Superior Court in December 2005 on behalf of approximately 2,300 individuals who were full-time delivery drivers for FedEx in California between 2000 and 2007. The drivers sought employment expenses and unpaid wages under the California Labor Code on the grounds that FedEx improperly classified the drivers as independent contractors. Plaintiffs also brought claims under the federal Family and Medical Leave Act, which similarly turned on the drivers’ employment status.

Between 2003 and 2009, similar cases were filed against FedEx in approximately forty states. The Judicial Panel on Multidistrict Litigation consolidated these FedEx cases for multidistrict litigation (MDL) proceedings.

Plaintiffs in all the MDL cases moved for partial summary judgment, seeking to establish their status as employees as a matter of law. In most cases, including this one, FedEx cross-moved for summary judgment. The MDL Court denied nearly all of the plaintiffs’ motions for summary judgment and granted nearly all of FedEx’s motions, holding that plaintiffs were independent contractors as a matter of law in each state where employment status is governed by common-law agency principles. To reach that conclusion, the MDL Court ultimately focused on the entrepreneurial opportunities FedEx afforded to plaintiffs.

The Ninth Circuit concluded that summary judgment for the drivers was appropriate because the facts were largely undisputed. The parties agreed that their working relationship was controlled by the operating agreement and FedEx’s policies and procedures. They disputed only the extent to which those documents gave FedEx the right to control its drivers. Viewing the evidence in the light most favorable to FedEx, the court concluded that the drivers are employees.

The Ninth Circuit reversed the district court decision, ruling that FedEx largely possesses the right to control the manner and means in which drivers perform their work. The court noted that FedEx controls the appearance of its drivers and their vehicles, the times drivers work, and aspects of how and when drivers deliver packages. So FedEx drivers in California are employees, not independent contractors, under the California Labor Code.

This decision won’t require FedEx to withhold federal income taxes, withhold and pay Social Security and Medicare taxes, or pay Federal Unemployment Tax (FUTA) on payments to the drivers, because the IRS previously examined these issues as part of an audit of FedEx and decided not to treat the drivers as employees.

But treating workers as independent contractors for federal tax purposes and as employees for state tax purposes may prove to be an administrative challenge.

Common-law employees are workers considered to be employees (as opposed to independent contractors) based on various statutes, regulations and court decisions. IRS and DOL rules can differ from state and local rules. That said, if an employer is allowed to treat a worker as an independent contractor under IRS rules, it will generally be the same across the board. But not always as the recent FedEx cases demonstrate (see the right-hand box).

Properly classifying a worker as an independent contractor is beneficial because the employer doesn’t have to worry about employment tax issues or provide expensive fringe benefits.

However, when an employer mistakenly treats an employee as an independent contractor, the employer could owe unpaid employment taxes, as well as interest and penalties. The employer also may be liable for employee benefits that should have been provided but were not. So, it’s important to get worker classification questions right.

The Tax Court considers these factors when deciding whether workers should be classified as independent contractors or employees for federal employment tax purposes:

2. Investment in Equipment and Facilities. When the worker covers most or all of the cost of equipment and facilities used for the job, this factor indicates independent contractor status. For example, say the worker performs his duties out of an office in his home using equipment (computer, printer and phone) that he pays for himself. In such a case, this factor would clearly indicate independent contractor status. On the other hand, if the employer provides most or all of the equipment and facilities, this factor would indicate employee status.

3. Whether the Worker Has an Opportunity for Open-Ended Profit or Outright Loss. A worker who can make an open-ended profit through the strength of his or her own efforts or, alternatively, can suffer an outright loss on the job, is likely to be an independent contractor rather than an employee. For example, this would be the case when an outside sales person is paid by commission only.

On the other hand, when the compensation arrangement dictates that the worker can only make a fixed profit and not suffer a loss, it indicates employee status. For example, this would be the case when the worker is paid a fixed amount for each day of work and the only significant job-related expense is the cost of commuting to and from the work site.

4. Whether the Worker Can Be Discharged. A worker who can be discharged is more likely to be an employee than an independent contractor.

5. Whether Work Is Related to Employer’s Core Business. When the worker’s duties relate to the employer’s core business it indicates employee status, while work related to a tangential enterprise indicates independent contractor status.

7. Relationship the Employer and Worker Believed they Were Creating. If the employer and the worker believed the same thing at the time they entered into their arrangement, courts rule this factor can indicate either employee or independent contractor status, depending on the facts. If the parties believed two different things, this factor may be thrown out.

A Closer Look at Degree of Control

Based on longstanding tradition, the degree of control is the most important of the seven factors the Tax Court uses to decide whether a worker is an employee or independent contractor. It’s often used as the tie-breaker in situations where there are an equal number of factors on both sides.

The IRS has developed a 20-factor control test based on common law principles that have evolved in the courts. The following factors are used to determine the degree of control an employer has over the worker in order to establish an employer-employee relationship:

To the extent that these factors are present, the employer has control over the worker. The higher the degree of control, the more likely it is that the IRS will classify a worker as employee, not an independent contractor.

When a worker is properly classified as a common-law employee, the employer generally must withhold federal income and employment taxes from the worker’s wages. The employer must also comply with various IRS and Department of Labor (DOL) rules and regulations.

In addition, the employer may have to deal with state and local income tax withholding, pay state unemployment and workers’ compensation taxes, and comply with even more local rules and regulations. Handling all of this red tape can cost a bundle every year for each employee. If employee benefits — such as health insurance, paid vacations, and sick leave — are also provided, the cost of keeping a common-law employee on the payroll can become prohibitive.

It’s important to properly set up employment status from the get-go to avoid government audits, enforcement actions and lawsuits. An experienced tax adviser knows the ins and outs of worker classification and can help employers toe the fine line between employee and independent contractor status for their workers.