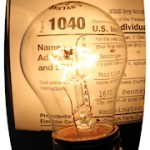 Another year is winding down. Before the hustle and bustle of the holidays sets in, it’s a good time to brainstorm ideas to lower your 2014 tax bill. Here’s an overview of what’s happening in the world of tax — and 10 simple tax-saving strategies that you can implement before year end.

Here’s some important information for taxpayers about the 2014 tax year:

Medicare Surtax. Higher-income individuals can get hit by an additional 0.9 percent Medicare tax on wages and self-employment (SE) income. The 0.9 percent tax is charged on salary and net SE income above $200,000 for an unmarried individual and above $250,000 for a married joint-filing couple.

Itemized Deduction Phase-out Amounts. You can potentially lose up to 80 percent of your itemized deductions — including write-offs for mortgage interest, state and local income and property taxes, charitable donations and miscellaneous itemized deductions — if your adjusted gross income (AGI) exceeds the applicable threshold.

Personal and Dependent Exemption Phase-out Amounts. Your personal and dependent exemption write-offs can also be reduced or even completely eliminated if your AGI exceeds the applicable threshold. The thresholds are the same as for the itemized deduction phase-out rule explained immediately above.

Over time, this drill can save substantial tax dollars by increasing your cumulative write-offs. That’s because you’ll claim higher itemized deductions in alternating years and relatively generous standard deductions in the other years. So regardless of what happens with tax rates, you’ll come out ahead.

If you itemize deductions, it could make sense to accelerate some deductible expenditures to produce higher 2014 write-offs. This generally works if you expect to be in the same or lower tax bracket next year.

Perhaps the easiest deductible expense to prepay is your house payment due on Jan. 1. Accelerating that payment into this year will give you 13 months’ worth of deductible interest in 2014. You can use the same prepayment drill with a vacation home. However, if you prepay this year, you’ll have to continue the policy for next year and beyond. Otherwise, you’ll have only 11 months’ worth of interest in the first year you stop (which could work to your advantage if you Game the Standard Deduction, above).

Another item that’s easy to prepay is state and local income and property taxes that are due early next year. Prepaying those bills before year end can decrease your 2014 federal income tax bill, because your itemized deductions will be that much higher.

Consider prepaying expenses that are subject to deduction limits based on your adjusted gross income (AGI), which is the number at the bottom of page 1 of your Form 1040. The two prime candidates are:

Important Note: The prepayment drill can be a bad idea if you owe the alternative minimum tax (AMT) in 2014. That’s because write-offs for state and local income and property taxes, as well as miscellaneous itemized deductions, are completely disallowed under the AMT rules. Before using this strategy, ask your tax adviser if you are in danger of owing AMT in 2014.

If your 2014 modified adjusted gross income (MAGI) allows you to qualify for the American Opportunity Tax Credit or the Lifetime Learning Credit, consider prepaying tuition bills that are not due until early 2015 if it would result in a larger credit on this year’s Form 1040. Specifically, you can claim a 2014 credit based on prepaying tuition for academic periods that begin in January through March of next year.

American Opportunity Tax Credit. The maximum annual credit is $2,500 per student, but it’s phased out if your MAGI is too high. MAGI refers to AGI from the last line on page 1 of your Form 1040, increased by certain tax-exempt income from outside the United States. The 2014 phaseout range for unmarried individuals is MAGI between $80,000 and $90,000. The range for married joint filers is MAGI between $160,000 and $180,000.

Lifetime Learning Credit. The maximum annual credit is $2,000 per tax return. Like the American Opportunity Tax Credit, the Lifetime Learning Credit is also phased out if your MAGI is too high. The 2014 phaseout range for unmarried individuals is MAGI between $54,000 and $64,000. The 2014 range for married joint filers is MAGI between $108,000 and $128,000.

If your MAGI is too high to be eligible for the Lifetime Learning Credit, you might still qualify to deduct up to $2,000 or $4,000 of college tuition costs — but only if Congress resurrects this break for 2014. If so, consider prepaying tuition bills that are not due until early 2015 if that would result in a higher deduction this year. As with the higher education tax credits, your 2014 tuition deduction can be based on prepaying tuition for academic periods that begin in the first three months of 2015.

It may also pay to defer some taxable income from this year into next year if you expect to be in the same or lower tax bracket in 2015. For example, if you’re a self-employed, cash-basis taxpayer, you might postpone taxable income by waiting until late in the year to send out some client invoices. That way, you won’t receive these payments until early 2015.

You can also defer taxable income by accelerating some deductible business expenditures into this year. Both moves will postpone taxable income from this year until next year. Deferring income can also be helpful if you’re affected by unfavorable phaseout rules that reduce or eliminate various tax breaks, such as the child credit or higher-education tax credits. By deferring income every other year, you may be able to take more advantage of these breaks every other year. (This also works well in conjunction with the Game the Standard Deduction strategy, above.)

Selling losing investments held in taxable brokerage firm accounts can lower your 2014 tax bill, because you can deduct the resulting capital losses against this year’s capital gains. If your losses exceed your gains, you will have a net capital loss. You can deduct up to $3,000 of net capital loss (or $1,500 if you are married and file separately) against ordinary income, including your salary, self-employment, alimony or interest income. Any excess net capital loss is carried forward to future years and puts you in position for tax savings in 2015 and beyond.

For 2014, the federal income tax rate on long-term capital gains and qualified dividends is still zero percent for gains and dividends that fall within the 10 percent or 15 percent rate brackets. While your tax bracket may be too high to take advantage of the zero percent rate, you probably have loved ones who are in the lower tax brackets. If so, consider gifting these individuals appreciated stock or mutual fund shares. They can sell the shares and pay zero percent federal income tax on the resulting long-term gains.

Important Notes: Gains will be considered long-term if your ownership period plus the gift recipient’s ownership period equals at least a year and a day. Giving away dividend-paying stocks is another tax-smart idea. As long as the dividends fall within the gift recipient’s 10 percent or 15 percent rate bracket, they will qualify for the zero percent federal income tax rate.

If your gift recipient is under age 24, the “kiddie tax” rules could potentially cause some of his or her capital gains and dividends to be taxed at the parent’s higher rates. Contact your tax adviser if you have questions about the kiddie tax.

The best scenario for this strategy is when you expect to be in the same or higher tax bracket during retirement. There is a current tax cost for converting, because a Roth conversion is treated as a taxable liquidation of your traditional IRA followed by a nondeductible contribution to the new Roth account. After the conversion, all the income and gains that accumulate in the Roth account, and all qualified withdrawals, will be exempt from federal income taxes.

In general, qualified withdrawals are those taken after:

You have had at least one Roth account open for more than five years, and

With qualified withdrawals, you avoid having to pay higher tax rates that may apply during your retirement years. While the current tax hit from a Roth conversion is unwelcome, it could be a relatively small price to pay for the future tax savings. If the Roth conversion idea sounds appealing, contact your tax adviser for a full analysis of all the relevant variables.

Donate Stock to a Charity

If you have appreciated stock or mutual fund shares (currently worth more than you paid for them) that you’ve owned for over a year, consider donating them to IRS-approved charities. You can generally claim an itemized charitable deduction for the full market value at the time of the donation and avoid any capital gains tax hit.

Sell Under-Performing Stock and Donate Proceeds to a Charity

If you’ve owned stocks that are worth less than you paid for them, don’t donate them directly to a charity. Instead, sell the stock, book the resulting capital loss and give away the cash proceeds to a charity. That way, you can generally write off the full amount of the cash donation while keeping the tax-saving capital loss for yourself. Only taxpayers who itemize deductions will gain any tax-saving benefit from charitable donations, however.

These tax-saving tips are generally geared toward deferring income and accelerating deductions to minimize 2014 taxes. This approach may also help minimize or avoid phaseouts of various tax breaks based on a taxpayer’s AGI (or MAGI). As always, however, year end tax planning doesn’t occur in a vacuum. It must take into account each taxpayer’s particular situation and planning goals. While most taxpayers will come out ahead by following the traditional approach of lowering the current year’s taxable income, others with special circumstances may do better by accelerating income and deferring deductions.

To further complicate year end tax planning in 2014, many tax-saving opportunities expired at the end of 2013, such as the higher education tuition deduction, the option to deduct state and local sales taxes and the tax credit for energy-efficient home improvements. If Congress decides to reinstate the expired tax breaks, many more opportunities will be available for individuals seeking to lower their 2014 tax bills. Consult with us before year end to devise a tax-saving plan that most effectively meets your tax planning goals and factors in the latest tax rules.