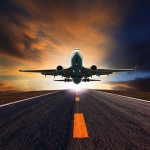 For anyone who spends a lot of time traveling by air for business purposes, one of the nice things that typically occurs because of all of that travel is frequent flyer miles. Even better, about 14 years ago the IRS addressed the controversial question of what happens tax-wise if someone earns those miles (from air travel, rental cars, hotels, etc.) on trips paid for by their company, but uses them for personal purposes. Happily, the IRS said it wasn’t going to assert that someone has taxable income merely because they personally benefited from frequent flyer miles or other in-kind promotional benefits resulting from their business or official travel.

That all sounds good and seemed like the end of the matter — until a recent Tax Court decision said a taxpayer, who cashed in points to purchase a plane ticket, was taxed on the value of the ticket. What happened?

Rewards that weren’t so free

In the recent court decision, the taxpayer opened a bank account with a large financial institution and was awarded enough points because of this to earn an airline ticket. He cashed in the points, the bank acquired the ticket for him (apparently spending $668 in the process), and at the end of the year sent him a Form 1099-MISC reporting the $668 as income to him. When he ignored the 1099, failed to report the income, and had a couple of other problems with his return, he and the IRS ended up in Tax Court arguing over whether the ticket should be taxable to him.

The IRS’s position was that, of course, it’s taxable. After all, he received a Form 1099 reporting it as income. The taxpayer’s position was basically that he didn’t remember receiving the points or the ticket — thus, nothing should be taxed to him.

The Tax Court took a more methodical approach to its conclusion, noting that gross (taxable) income includes all income from whatever source, unless otherwise excluded. It also acknowledged (without challenging) the IRS position from 2002 regarding points or miles earned from business travel and used personally. However, its view was that the current taxpayer’s situation was different.

Instead of the taxpayer receiving miles or points due to purchases that he had made (which would effectively make what he received nontaxable purchase price adjustments), he received an award for making a deposit with a bank or leaving funds with the bank for some period of time. This, to the Court, looked similar to interest and, thus, it agreed with the IRS that the $668 was taxable income.

What’s the takeaway value of this case? A couple of key points: First, although probably no one was looking for it, it’s nice to have the Tax Court’s support of the IRS position on business miles used for personal purposes. Secondly, purchase rebates and awards are different. The former should be nontaxable (whether from credit card companies, airlines, hotels, rental car companies, or somewhere else), while the latter, even if you don’t receive a Form 1099, are generally going to be taxable.