TAX QUIZ on the Annual Exclusion for Gifts 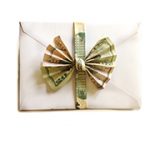 You might be able to give someone more than this amount for certain expenses. For example, tuition or medical expenses that you pay on behalf of another person do not count.

Don’t expect the annual gift exclusion amount to rise every year, since it only increases in increments of $1,000 and is indexed to inflation.

Q. How much money can you give to one person without triggering a gift tax return in 2017?

Here’s a little history on the gift tax exemption: In 1932, the gift tax was made lower than the estate tax in order to encourage people to transfer their wealth during their lifetimes. A lifetime exemption was established, and the first annual gift exclusion was set at $5,000 per recipient.

But in the decades that followed, numerous changes came in quick succession, most of which resulted in higher gift and estate taxes. The incentive to transfer wealth through gifts was greatly diminished. It wasn’t until 1982 that the annual gift exclusion amount was raised to $10,000 (accompanied by other changes). The per donee amount remained at $10,000 for two decades.