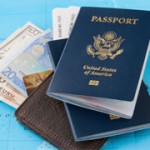 The deadline is fast approaching for certain taxpayers to report accounts they hold in foreign banks and other financial institutions. You also may be required to report foreign accounts over which you have signature authority, such as an account that you maintain on behalf of a relative or employer.

By June 30, 2015, citizens and resident aliens of the United States, as well as domestic partnerships, corporations, estates and trusts, must generally file a Report of Foreign Bank and Financial Accounts (FBAR) form electronically with the Financial Crimes Enforcement Network (FinCEN) if:

In its 2014 Annual Report to Congress, the National Taxpayer Advocate argued that foreign account reporting is “unnecessarily burdensome and duplicative.” U.S. citizens and residents are required to report foreign accounts on different forms, at different times of the year, when they reach different thresholds, using different definitions, and even though the government may already know about the accounts. The requirements increase preparation expenses and the chances of error, because taxpayers and their advisers have so many details to track.

The report also points out that today’s $10,000 FBAR reporting threshold is the same as it was in 1970. If indexed for inflation from 1970, $10,000 would be more than $61,000 in today’s dollars. The Taxpayer Advocate estimates that raising the FBAR threshold to $50,000 could eliminate nearly one-third of the forms without significantly reducing the value of the FBAR to the government. FinCEN could then focus its limited resources on the higher-dollar filings — and higher-dollar non-filers.

On April 20, the National Taxpayer Advocate posted recommendations to consolidate the foreign account reporting requirements. “Organizations representing U.S. taxpayers abroad and the press have voiced concerns about unintended consequences of new FATCA rules for foreign financial institutions, which make it harder for U.S. taxpayers living abroad to open and maintain legitimate bank accounts overseas. Some foreign financial institutions, such as DeutscheBank, HSBC, and ING have reportedly been closing out foreign accounts of U.S. citizens in response to FATCA.”

Specifically, the recommendations would eliminate the requirement to report specified foreign financial assets on Form 8938 if an individual files a timely FBAR and exclude financial accounts maintained by a financial institution organized under the laws of the country of which the U.S persons are bona fide residents from FATCA reporting. However, the Taxpayer Advocate doesn’t recommend preventing the IRS from requesting information about financial accounts maintained by foreign financial institutions outside of the U.S person’s country of bona fide residency.

It remains to be seen whether the U.S. Treasury will adopt the recommendations set forth by the Taxpayer Advocate.

1. They have a direct or indirect financial interest in — or signature authority over — one or more accounts in a foreign country. This includes bank accounts, brokerage accounts, mutual funds, trusts or other types of foreign financial accounts; and

2. The total value of the foreign accounts exceeds $10,000 at any time during the calendar year.

Taxpayers also may be subject to FBAR compliance if they file an information return related to: certain foreign corporations; foreign partnerships; foreign disregarded entities; or transactions with foreign trusts and receipt of certain foreign gifts.

Some individuals are exempt.

Exceptions to the Reporting Requirement

There are FBAR filing exceptions for the following United States persons or foreign financial accounts:

To determine eligibility for an exception, consult with your tax adviser.

Important Note: In November 2014, FinCEN extended the due date for filing FBARs by certain individuals with signature authority over, but no financial interest in, foreign financial accounts of their employer or a closely related entity, to June 30, 2016.

Take the FBAR requirement seriously. Several legislative changes, as well as a clarification of the IRS’s interpretation of the “willful standard,” have led to increased enforcement and stiffer penalties for noncompliance of foreign account reporting requirements.

The IRS states that the form “is a tool to help the United States government identify persons who may be using foreign financial accounts to circumvent United States law. Investigators use FBARs to help identify or trace funds used for illicit purposes or to identify unreported income maintained or generated abroad.”

Failing to file an FBAR can result in the following penalties:

Consult with your tax adviser if you have an interest in — or authority over — a foreign account. Your tax adviser can ensure you meet the FBAR reporting requirements and remain in compliance with the law.