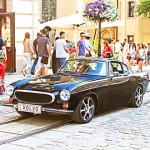 Are you a collector of antiques, artifacts or other goods? If your passion evolves into a full-fledged business with a profit motive, you may use a resulting tax loss to offset other income on your return. However, if the IRS classifies the activity as just a hobby — as it frequently does — the tax benefits are more limited. In one recent example, the U.S. Tax Court sided with the IRS against a collector of sports memorabilia.

The IRS or a taxpayer will often contest the issue of whether an activity is engaged in for a profit or whether it merely constitutes a hobby. The reason for the debate is simple: If the activity is treated as a business, the taxpayer can deduct the full amount of expenses attributable to the business. Typically, a taxpayer might show losses in the early years of the operation. These losses can then be used to offset high-taxed income such as wages from a regular job.

Conversely, if the activity is classified as a hobby (one which isn’t engaged in for a profit), deductions for expenses are limited to the amount of the income received from the activity. Thus, the taxpayer isn’t able to claim a tax loss for the year. This is commonly called the “hobby loss rule.”

Furthermore, note that hobby expenses must be deducted as miscellaneous itemized expenses. These expenses are deductible only to the extent the annual total exceeds 2 percent of adjusted gross income (AGI). Accordingly, a taxpayer may derive little or even no tax benefit from the activity.

IRS regulations spell out nine factors to be used to determine whether an activity is a business or a hobby. They are:

No single factor is conclusive, although the IRS may accord certain factors greater weight than others.

Facts of the Recent Case

Terry Gene Akey, a resident of Massachusetts, worked full-time as a quality assurance engineer. For the three tax years in question (2001-2003), he was paid wages of approximately $151,000, $133,000 and $153,000, respectively. Akey also had a side business involving technical computer and software services and another one for sports-related collectibles. Both side businesses were started in the 1980s.

Akey testified at trial that he had an honest objective of making a profit from his sports memorabilia activity. He pointed out that he had expanded into other sports-related products and had learned to grade the condition of baseball and other cards so the activity would be more profitable.

Tax Victory for the IRS

Based on the prevailing regulations, the Tax Court decided that Akey didn’t have a profit motive and that the hobby loss rule applies. The Court focused on the following factors.

• Manner of activity: Akey didn’t carry on this activity in a businesslike manner. He failed to maintain records, did not change his operating methods to increase profitability and did not maintain a separate bank account for the sports memorabilia activity.

• Expertise of taxpayer: At trial Akey testified that he was an expert because he consulted industry price guides, but conceded on cross-examination that non-experts also purchased these guides. There was no other evidence establishing him as an expert.

• Time and effort: Despite an incredulous assertion that he spent 15 hours a day, every day, on his collection, Akey could not prove that he devoted much personal time and effort to carrying on this activity. Also, he continued to be employed full-time.

• Expectation of appreciation: There was no realistic expectation that the assets used in the activity would appreciate in value. Akey gave vague testimony as to the value of the assets. He did not have an itemized list of the individual items nor any apparent means of tracking appreciation, making it impossible to determine which items to hold and which ones to sell. Also, he did not have any insurance, suggesting that he was not concerned with protecting his investment.

• History of income or loss: Akey had a long history of substantial losses, including the tax years in issue. He showed a minimal profit in only three years from 1997 through 1999.

• Financial status: If a taxpayer has substantial income from sources, it may indicate that the activity is not engaged in for profit. Akey’s wages from his full-time job enabled him to pursue his longtime passion of collecting sports memorabilia.

In summary, the Tax Court disallowed the losses for the activity, based on the factors discussed above. (Akey, TC Memo 2014-211)

Important: If you are claiming that a particular activity is a business, treat it like a business yourself. Maintain accurate records, keep an inventory, protect assets through insurance and otherwise handle matters in a businesslike fashion. The more factors you can tilt in your favor, the stronger your overall tax position will be.

A Deductible Loss, We Presume

A presumption written into the tax law may favor certain individuals.

How it works: An activity is presumed to be a business if you have shown a profit in at least three of the last five tax years (two of the last seven years for activities involving breeding, showing, training or racing horses). But this presumption can be rebutted by evidence produced by the IRS, so don’t assume you’re in the clear.

Continue to treat the operation like a business in all respects to boost your chances of success.