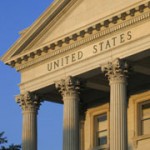 The U.S. Tax Court has held that payments received by a police detective on his retirement — for unused sick and vacation time — were includible in income. Based on that conclusion, the court rejected the taxpayer’s argument that a portion of the vacation time and sick leave should be excludible. That portion of the payments, said the taxpayer, was accrued while he was on temporary disability leave and therefore was received under a workers’ compensation law for personal injuries or sickness.

Background. Gross income includes all income from whatever source derived, unless specifically excluded. The Internal Revenue Code says, “Amounts received under workmen’s compensation acts” to compensate for personal injuries or sickness are excluded from income. The exclusion includes amounts received under “a statute in the nature of” a workers’ compensation law, according to Internal Revenue Code Section 104(a)(1).

The taxpayer had a decades-long career as a detective at the Los Angeles Police Department. During his service, he was granted periods of temporary disability leave because of duty-related injuries or sicknesses.

When the detective was on temporary disability leave, the specific workers’ compensation law that governed compensation of city police and firefighters was Section 4.177 of the Los Angeles Administrative Code (LAAC). This is the city’s substitute for California state law. The provision says that a temporarily disabled member of the Los Angeles Police Department receives as temporary disability compensation “an amount equal to his base salary.” Under this policy, the taxpayer continued to earn vacation and sick leave during periods of temporary disability. His entitlement to pay and benefits upon his retirement was governed by a collective bargaining agreement between the city and the Los Angeles Police Protective League. The agreement was known as Memorandum of Understanding No. 24 (MOU 24).

The leave payments were included in the amount of wages reported by the city to the detective on a 2009 Form W-2,Wage and Tax Statement. However, he and his wife didn’t include the leave payments in income. The taxpayers’ main argument was this: Following the LAAC provision, the portions of vacation and sick leave payments that were earned while the detective was on temporary disability leave were received under a workers’ compensation law. Therefore, the taxpayers claimed that those payments were excludible from their 2009 gross income under the Internal Revenue Code.

Ultimately, the court determined the payments were received by the taxpayer not under the LAAC provision, but under MOU 24 — which is not a workers’ compensation law. And the court rejected the taxpayer’s argument that the leave earned while on disability should be excludible from gross income, noting, among other things, that the state workers’ compensation act doesn’t provide for any payments after the period of disability ends. Therefore, any payments received by the taxpayer after his temporary disability was over could not be part of the city’s substitute for the state law.

The court also agreed with the IRS that, even if it were to hold that the leave payments could be payments under a workers’ compensation law, the taxpayer failed to show how many hours, if any, were accumulated during his leaves of absence and how many remained at his retirement. This determination would require the court to know the taxpayer’s entire sick and vacation leave histories (which it did not). Accordingly, the IRS’s inclusion of the leave payments in the taxpayers’ 2009 gross income was sustained. (Speer vs. Commissioner, 114 TC No. 14, April 16, 2015)