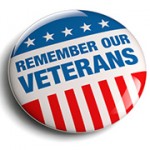 Members of the U.S. Armed Forces and veterans are required to pay taxes on their income like everyone else. But special rules sometimes apply. Here’s an overview of key tax benefits that the IRS provides to military personnel to thank them for risking their lives for our country.

One of the most significant tax breaks for active military members is that they don’t owe taxes on income earned while working in so-called “combat zones.” A combat zone is essentially an area in which Armed Forces are or have been engaging in combat. These zones also include a number of locations where service members are stationed to support forces in a combat area.

In addition, three parts of the former Yugoslavia — Bosnia and Herzegovina, Croatia, and Macedonia — have been designated as “qualified hazardous duty areas” that are treated as combat zones for federal tax purposes. Your tax adviser can provide a list of specific combat zones and areas used to support operations there.

When it comes to excluding military pay earned in combat zones, there are some limits. Nontaxable income generally is capped at the highest enlisted pay level plus hostile fire or imminent danger pay. For 2015, the applicable amount is $8,119.50 per month. In addition, these exclusions are available only for those on active duty or hospitalized due to injuries sustained while serving in a combat zone. Bear in mind that the hospitalization needn’t be in a combat zone.

Frequent relocations are a fact of life for most military families. Those in the military may claim qualifying unreimbursed moving expenses, such as travel, storage and moving service costs. If a military member is on active duty and moves because of a permanent change of station, he or she doesn’t even have to meet the time and distance tests in order to claim moving costs.

A permanent change of station includes moves from:

In general, military members also aren’t required to include in gross income moving and storage costs reimbursed by the government when a change of station is permanent. If the reimbursed expenses are not included in income, they may not be claimed as an expense.

Military members and reservists may be allowed to deduct unreimbursed expenses for the cost and upkeep of uniforms if regulations ban them from wearing the uniforms off duty. Qualifying expenses also may include articles that don’t replace regular clothing, such as insignia of rank, corps devices, epaulets, aiguillettes and swords.

In addition, military members may deduct qualifying unreimbursed professional dues and educational costs directly related to their positions in the Armed Forces.

Military members may be entitled to other special tax breaks under the Military Family Tax Relief Act, such as:

To learn more about the rules and exceptions, discuss these benefit programs with your tax adviser.

Because military personnel can exclude income earned during service in combat zones, veterans’ benefits, and other basic living allowances from gross income, they often have an easier time qualifying for the earned income tax credit (EITC). The amount of this credit varies depending on the number of children the taxpayer has and his or her taxable wages.

The refundable EITC generally helps lower to middle-class households. So it’s subject to certain income caps. In 2015, the caps range from $14,820 for a single taxpayer with no children to $53,267 for a married taxpayer who files jointly and has three or more children.

Until a taxpayer exceeds the income cap, the more earned income reported, the higher his or her EITC will be. The IRS permits Armed Service members the option of declaring certain nontaxable items (such as combat zone pay and basic allowance for housing and subsistence) as earned income when calculating the credit

This election doesn’t make sense for every taxpayer. So, it’s important to calculate the credit with and without the election to determine which method provides the greater tax benefit.

Service members stationed abroad have until June 15, 2016, to file their 2015 income tax return. Members of the Armed Forces may be eligible for an additional 180-day extension if they:

Taxpayers who qualify for extensions must file their taxes 180 days after:

The deadline is extended beyond these 180 days by the number of days remaining for an individual to take action with the IRS before he or she started duty in a combat zone or contingency operation.

Favorable tax treatment for military personnel extends beyond the dates of their active service. Veterans who served at least 24 continuous months in active duty and aren’t released with “dishonorable” status may be eligible for continuing benefits, including life insurance, health care, education and training programs, home loans, and disability compensation.

Although veterans are required to pay taxes on retirement pay, qualifying disability pay isn’t taxable and doesn’t need to be reported. Pensions are also a tax-free benefit for veterans with little or no income who are 65 years of age or older or who are permanently disabled because of a service-related incident or cause.

In many cases, veterans’ benefits extend to family members. For example, a veteran’s surviving spouse may be entitled to tax-free monthly “dependency and indemnity compensation,” including additional payments for dependent children, if the deceased military member died or became permanently disabled during active service or from a service-related incident or condition. Low-income surviving spouses and children may also receive a survivor’s pension for a deceased veteran with wartime service. The government even offers tuition and education assistance to survivors and dependents of deceased or permanently disabled veterans.

Additionally, each state maintains its own Veterans Affairs office that provides benefits to veterans. If you’re a veteran, ask your tax adviser for more details on what types of benefits you qualify for at the state and federal levels.

Whether they’re active or discharged from service, members of the Armed Forces have risked their lives to preserve and protect the American way of life. These tax breaks are a small token of appreciation offered by the government. Share these tips with the service men and women in your life this holiday season.