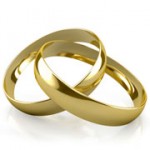 This landmark case will have significant tax, estate planning, immigration, employee benefits, and other financial and legal implications for individuals and businesses that reside in states that didn’t recognize same sex marriages. (Obergefell, et al v. Hodges, No. 14-556)

Although Obergefell isn’t a tax case, it will affect the taxes of many same-sex married couples who have been subject to conflicting treatment of their marital status by state governments and the federal government. Why? Although the Supreme Court’s 2013 Windsor decision mandated federal recognition of same sex marriage, it didn’t compel states do the same.

Statement from James Obergefell, one of the plaintiffs in the U.S. Supreme Court case

“John and I started our fight for a simple reason: We wanted the state of Ohio to recognize our lawful Maryland marriage on John’s impending death certificate. We wanted respect and dignity for our 20-year relationship, and as he lay dying of ALS, John had the right to know his last official record as a person would be accurate. We wanted to live up to the promises we made to love, honor, and protect each other as a committed and lawfully married couple.

Today is a momentous day in our history. It’s a day when the Supreme Court of the United States lived up to the words inscribed above the front entrance of the courthouse: Equal Justice Under Law.”

The Supreme Court case began when 14 same-sex couples, and two men whose same-sex partners are deceased, filed lawsuits arguing that officials in their home states violated the Fourteenth Amendment by denying them the right to marry or to have marriages that were lawfully performed in another state be given full recognition. The suits were filed against Michigan, Kentucky, Ohio, and Tennessee in federal courts.

The due process clause of the Fourteenth Amendment provides that no state shall “deprive any person of life, liberty, or property, without due process of law.”

These rights extend to certain personal choices central to individual dignity and autonomy, including choices that define personal identity and beliefs. The equal protection clause of the Fourteenth Amendment requires each state to provide equal protection under the law to all of its residents.

Each federal district court ruled in favor of the individuals. But the U.S. Court of Appeals for the Sixth Circuit consolidated the cases and reversed the decisions, ruling that a state has no constitutional obligation to license same sex marriages or to recognize same sex marriages performed out of state.

“It would misunderstand these men and women to say they disrespect the idea of marriage. Their plea is that they do respect it, respect it so deeply that they seek to find its fulfillment for themselves. Their hope is not to be condemned to live in loneliness, excluded from one of civilization’s oldest institutions. They ask for equal dignity in the eyes of the law. The Constitution grants them that right.”

On that basis, the Court ruled that the Fourteenth Amendment requires a state:

For more information of how this decision affects you, your family members or your business, contact your financial, and legal and employee benefits advisers.