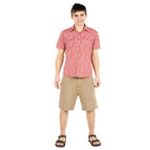 Courts generally give employers significant latitude in establishing dress code policies. The key is to not implement a policy that would have a disparate impact on “protected class” employees — that is, based on race, gender, religion, age, national origin or disability status. (Other protected categories, such as pregnancy, citizenship, familial status, veteran status and genetic information are less likely to have dress code implications.)

Summer-specific dress code issues typically involve judgments around how much skin is exposed and how professional employees look when they wear flip-flops, tank tops, and t-shirts. Maintaining your formal dress code policy fundamentally requires three things, beyond the actual standards themselves:

The dress code policy can be incorporated into an employee handbook, but it doesn’t hurt also to highlight it on a regular basis. If you’re particularly concerned about possible violations, require employees to give you signed acknowledgements that they’ve read the policy and intend to adhere to it.

Any personnel policy that might be viewed as employee micromanagement generally will be better received if its purpose is made clear. Here is some model text offered by the Society for Human Resources Management (SHRM):

“[Your company] strives to maintain a workplace environment that is well functioning and free from unnecessary distractions and annoyances. As part of that effort, the company requires employees to maintain a neat and clean appearance that is appropriate for the workplace setting and for the work being performed.”

Your dress code rationale may also elaborate on why it’s important for customer-facing employees and any pertinent personal safety issues. Even in work environments that don’t require elaborate safety gear, physical hazards can be magnified for an employee who is minimally dressed.

A common example is when an employee wearing sandals drops a heavy box on his or her foot. The potential damage is much greater than for a person wearing regular shoes, which is why some employers prohibit sandals in the workplace.

It’s also vital to explain how your dress policy will be carried out, such as how a supervisor will notify a policy violator and the consequences of failure to adhere to it. SHRM offers the following text to address these issues:

“Any staff member who does not meet the attire or grooming standards set by his or her department will be subject to corrective action and may be asked to leave the premises to change clothing. Hourly paid staff members will not be compensated for any work time missed because of failure to comply with designated workplace attire and grooming standards.”

In the text provided by SHRM, management has the discretion over whether to send an employee home. That’s probably a good idea unless all of your employees live nearby and have the ability to quickly get home and back.

This sample text doesn’t, however, offer leeway on whether hourly employees will have their pay docked while they’re gone changing their clothes. Set your policy carefully depending on what you expect to happen. Sometimes docking employee pay results in backlash. Some companies’ policies state they won’t dock pay for a first-time violation, but they will if subsequent violations occur.

As with any other personnel policy, the less discretion it allows, the easier it is for the policy to be administered consistently. A more prescriptive policy can minimize the risk of appearing to single out particular individuals for punishment.

At the same time, your dress code policy can make distinctions based on job function. While you wouldn’t want employees in any department to dress provocatively, degrees of formality certainly can vary by department.

When it comes to describing your dress code standards, specificity is important. Employees inclined to push the limits can get creative. For example, one employee was known to violate a standard of skirt hems no shorter than four finger widths above the knee. She attempted to justify her violation by pointing out the standard didn’t rule out diagonal positioning of the fingers. At the same time, you can’t anticipate every contingency, so allow managers some discretion.

Finally, as with other policies that involve possible disciplinary action, give employees a grievance mechanism if they believe they’ve been treated unfairly. Ensure that supervisors document all disciplinary actions related to dress code violations. That should help protect you if a repeat offender is ultimately terminated, and he or she responds with a discrimination claim.