A strategic undervaluation can come back to bite you 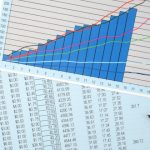 Reusing discounted financial projections prepared for transfer tax purposes can quickly backfire in a shareholder dispute. A recent opinion from the Delaware Court of Chancery, Fox v. CDX Holdings, Inc., shows the importance of allowing valuators to arrive at their own independent conclusions.

Caris Life Sciences (now known as CDX) was a privately held Delaware corporation. Through subsidiaries, it operated three business units — Caris Diagnostics, TargetNow and Carisome. Only Caris Diagnostics was profitable. To achieve the dual goals of securing financing for the other companies and generating a return for stockholders, the holding company sold Caris Diagnostics to Miraca Holdings using a “spin” merge structure to minimize taxes.

It first transferred ownership of TargetNow and Carisome to a new subsidiary and then spun off that subsidiary to its stockholders. At that point, owning only Caris Diagnostics, Caris merged with a wholly owned subsidiary of Miraca.

The merger canceled stock options that represented about 2.9% of CDX’s stock. The option holders were entitled to receive for each share the amount by which the fair market value (FMV) of the share exceeded the exercise price. A class of option holders sued CDX, alleging that management had undervalued the spun-off entity that held TargetNow and Carisome.

The court found that CDX’s management had selected a value for the spun-off entity that wasn’t a “good faith determination” of FMV. Rather, the figure was generated by the company’s tax advisor using an intercompany tax transfer analysis designed to ensure the spinoff would result in zero corporate-level tax. The court found management provided “falsely low numbers” to support the transfer tax valuation, which was not a fair market valuation.

According to the court, the tax advisor’s conclusion that the entity had a value of $65 million conflicted with the stockholder’s subjective belief from earlier in the year that TargetNow alone was worth $150 million to $350 million. It also conflicted with views held by the company’s founder, the private equity fund that held about 25% of Caris shares and the company’s financial advisor. And it contrasted with higher values that an accounting firm had generated for the same businesses in a series of valuation reports prepared for other purposes in the same year as the merger.

The court noted that previous Delaware decisions have criticized erroneous or seemingly motivated analyses by financial advisors. But the accounting firm’s second opinion “reached a new low.” The court observed, “The copy job was so blatant that the output matched [the tax advisor’s], even when the inputs differed.” The accounting firm also abandoned its previous valuation methodologies. And, when it didn’t copy directly from the tax advisor’s original report, the valuator made significant errors.

The management of CDX tried to distance itself from the second opinion by conceding it was flawed and arguing that no one relied on it. But the court found that the report reflected on the integrity of the option valuation process, and it awarded approximately $16.3 million in damages. To avoid such costly undervaluation mistakes, remind your clients about the importance of expert witness independence — both in reaching accurate figures and maintaining the client’s credibility with the court.