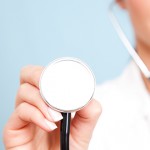 Large employers have self-insured their health benefits for decades. In fact, 93 percent of employers with at least 5,000 employees were self-insured in 2012, according to a Kaiser Foundation survey. Compare this with just 15 percent of self-insured employers having fewer than 200 workers. If the survey was taken today, the 15 percent figure would likely be higher. This is because previously, in most geographic markets, there had been plenty of competition among insurers interested in providing health benefits to smaller employers, and most offered plenty of flexibility in plan design. That’s all changing.

The following benefits must be covered in “fully insured” health plans offered by employers with less than 100 employees:

Under the Affordable Care Act (ACA), health insurance sold to small employers (that is, those with up to 50 employees), for plans that begin on or after January 1, 2014, must cover the ten essential health benefits defined under law (see sidebar).

This requirement kicks in on the first day of plan years which begin on or after January 1, 2014. Certain “grandmothered” plans get a one-year reprieve or even longer. (“Grandmothered” plans, also known as “transitional renewal plans,” are those that existed on October 1, 2013 and are renewed prior to October 1 this year.)

The essential health benefits requirement leaves insurance carriers with limited room for flexibility in design and pricing. In contrast, self-insured employers must meet ACA’s broader value and affordability tests, based on the metallic scale (with platinum plans covering the most, and bronze plans covering the bare minimum).

Equally important, insured plans will all be community rated. In other words, their pricing will be based on average claims for the population within the community. This means an employer that has taken pains to promote healthy lifestyles among its employees and has below-average claims experience, won’t benefit from that effort in the form of lower premiums. Similarly, a company with a young workforce that would be expected to incur fewer claims, also would pay the same premiums as employers with an older employee population.

Self-insured plans can, with the right employee demographics, come out ahead. However, the insurance companies that provide the stop-loss coverage (an essential feature of a self-insured plan) will request health data from all employees and their dependents before pricing their coverage.

If it turns out your workforce isn’t so healthy and you have had a bad claims history, you probably would come out ahead with an insured plan. And you might be better off than you would otherwise have been prior to community rating since your premiums will be based on average claims.

Stop-loss coverage is what its name implies — insurance which picks up claims after the amounts reach prescribed limits. “Specific” coverage puts a cap on the size of a particular health claim, and “aggregate” coverage limits the total amount you’d have to pay for all health claims over the course of the one-year term of the insurance contract.

Role of the Third Party Administrator

With self-insurance, claims and employee contributions are typically processed by a third party administrator. Even so, you should be able to get enough anonymous data about the kinds of health claims your plan is incurring to enable you to take action aimed at reducing such claims in the future (action such as specific health promotions). Or, you might make changes to your plan design to provide incentives for employees and their  dependents in certain situations, to use healthcare providers who are known to give good, economical care in that area.

Today, it is more typical for smaller self-insured plans to make equal monthly payments to a health claims reserve fund, based on total projected annual claims. Those amounts are determined by the stop-loss carriers. Any funds left over at the end of the year can either be refunded and used to pay for some other employee benefits, or applied to the next year’s reserve.

Another potential advantage of self-insuring is this: self-insured plans are governed by ERISA, that is, federal law, whereas insured plans are governed both by ERISA and by state rules. Some states have health benefit requirements which are greater than those imposed by federal law. Let’s say, for example, your state requires health insurers to cover in-vitro fertilization. Because this is a benefit not federally mandated, as a self-insurer, you would not have to cover it if you chose not to.

Finally, insurance companies are subject to excise taxes under the ACA, which are passed on to policyholders. Those taxes are not imposed on stop-loss carriers, so you can benefit from those savings.

Whether you’re better off self-insuring or not isn’t obvious, but it’s worth the effort to find out.