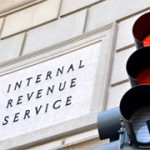 Now that fall has begun, it’s time to start your year-end tax planning for 2015 — and to tie up loose ends that remain from the 2014 tax season. Here are some reminders that the IRS has sent out recently and related federal income tax-savings opportunities for individuals and businesses.

About a quarter of the 13 million taxpayers who requested an automatic six-month extension for their 2014 tax returns have yet to file. The IRS recently urged individuals whose tax-filing extension runs out on October 15 to double check their returns for often-overlooked tax benefits, such as deductions for job hunting costs or moving expenses andcredits for education or child care.

If you filed for an extension, you should file your return by October 15, even if you can’t pay the full amount due. By doing so, you can avoid the late-filing penalty, which is normally 5% per month, that would otherwise apply to any unpaid balance after October 15. However, interest (currently at the rate of 3% per year compounded daily) and late-payment penalties (normally 0.5% per month) will continue to accrue on any unpaid tax bills.

If you need to file an extension for your personal tax return, don’t forget to check the new box on Forms 1040, 1040A or 1040-EZ that indicates whether you had health coverage for 2014. If you plan to claim the Health Coverage Tax Credit (HCTC) for 2014, you must first file an original 2014 tax return without claiming the HCTC, even if you have no other filing requirement. Then you can file an amended return when the IRS issues further HCTC guidance.

Many taxpayers need to file an amended federal tax return for 2014, whether it’s to correct an error or to claim a missing credit or deduction, such as the HCTC when the final guidance is published. (See above.) Don’t panic if you need to correct your filing status, the number of dependents you claimed or your total income. The IRS allows individuals to amend a previously filed federal income tax return using Form 1040X.

But this form has specific requirements. For example, it currently can’t be filed electronically. Instead, you’ll need to file it on paper and mail it to the IRS. In addition, a separate form must be filed for each tax year that you’re amending.

In some cases, the IRS will correct math errors on your behalf. If that happens, you generally don’t need to file an amended return. Likewise, the IRS may just send you a notice for failing to attach a required form or schedule and simply request additional documentation. Such a notice generally doesn’t necessitate an amended return either.

About 800,000 taxpayers who purchased health insurance from the federally facilitated Marketplace during 2014 received an erroneous Form 1095-A, “Health Insurance Marketplace Statement.” The IRS recently reminded those taxpayers who filed a federal tax return based on their original Form 1095-A that they’re not required to file an amended return based on a corrected Form 1095-A. This is true even if you would owe additional taxes based on the new information.

However, you may voluntarily choose to file an amended return based on the corrected form if it would result in an additional refund or lower the amount of taxes you owe. You may also want to file an amended return if you filed a federal tax return based on the original form and 1) incorrectly claimed a premium tax credit or 2) failed to file Form 8962, “Premium Tax Credit,” to reconcile your advance payments of the premium tax credit.

The IRS recently issued guidance on changes made by the Tax Increase Prevention Act of 2014 (TIPA) to provisions dealing with bonus depreciation options in 2014. The guidance is effective September 15, 2015.

In 2013, taxpayers were allowed to deduct 50% first-year bonus depreciation on qualifying new equipment and purchased software that was placed in service before year end. At the end of 2014, TIPA retroactively extended through 2014 the bonus depreciation provisions that expired at the end of 2013. But the extension was passed after some taxpayers had already filed their 2014 tax returns.

The recent IRS guidance provides options to amend returns to 1) claim missed bonus depreciation for assets brought into service in 2014, revoke an election, or file a change in method of accounting for the current year to claim missed bonus depreciation and 2) carry over to 2014 any disallowed Section 179 deduction for qualified real property placed in service during 2010 through 2013.

Important note: The deadline for making such an amendment is generally December 4, 2015. In some cases, the deadline may be later. Regardless, time is of the essence.

As the year winds down, it’s important to (once again) watch for legislation on these and other expired tax provisions. For 2015, bonus depreciation is currently unavailable and the current maximum Section 179 deduction is only $25,000 (compared to $500,000 for tax years beginning in 2010 through 2014). But it’s possible that Congress might extend these tax-saving opportunities again for fiscal tax year 2015.

If that happens, business owners should be prepared to act fast to lower taxable income for 2015. Remember that assets must be placed in service by no later than the end of your business’s tax year to qualify for these deductions.

As always, the federal tax rules are complex and ever-changing. Work with your tax professional to wrap up your 2014 tax return or plan for 2015. Doing so can eliminate the guesswork and frustration that comes with filing an amended tax return or staying atop the latest IRS guidance.