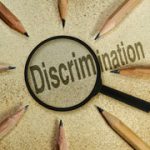 When it comes to employment discrimination based on national origin, the Equal Employment Opportunity Commission (EEOC) plays a key role in enforcing the related civil rights laws. This type of discrimination, says the EEOC, “involves treating people — applicants or employees — unfavorably because they’re from a particular country or part of the world, because of ethnicity or accent, or because they appear to be of a certain ethnic background — even if they are not.”

The Immigration Reform and Control Act of 1986 declares it illegal for employers to make hiring or firing decisions based on an individual’s immigration status, “unless required to do so by law, regulation or government contract,” according to the EEOC.

In a recent case, the EEOC accepted a $60,000 settlement agreement with an employer that the EEOC said was guilty of pay discrimination based on national origin. A Hispanic supervisor for a New Mexico–based manufacturer complained to the EEOC that a newly hired white supervisor was paid more than she was. The Hispanic supervisor had even trained the white employee when he came on board.

Contributing to the charge of national origin discrimination was the fact that the Hispanic employee had been instructed not to speak Spanish on the production floor, even though it was part of her job to do so, said the EEOC. That is, her job involved translating for other employees who only spoke Spanish.

In addition to being ordered to pay $60,000 to the plaintiff, the manufacturer in this case agreed to the EEOC’s demand that it implement changes. That is, the company agreed to adopt a new policy that prohibits discrimination and “includes an explanation [for employees] of how to report discrimination and an assurance of non-retaliation to employees who complain.”

According to the EEOC complaint, the company discouraged non-Hispanic applicants from seeking open positions, asking them if they spoke Spanish “even when speaking Spanish was not a job requirement.” (A resolution has not yet been reached.)

In its basic explanation of the nature of national origin discrimination, the EEOC notes that it covers not only hiring and pay practices, but “any aspect of employment,” including job assignments, training opportunities and fringe benefits.

A national origin discrimination case can also arise from charges of harassment. Where does the EEOC draw the line? Harassment doesn’t include “simple teasing, offhand comments, or isolated incidents that are not very serious.” But the line is crossed “when it is so frequent or severe that it creates a hostile or offensive work environment, or when it results in an adverse employment decision.”

As indicated in the two cases cited above, language requirements can be taken as evidence of illegal discrimination. Employers can require English language fluency only “if it is necessary to perform the job effectively,” states the EEOC.

Similarly, requiring employees to speak only English on the job is prohibited unless this practice “is needed to ensure the safe and efficient operation of the employer’s business and is put in place for nondiscriminatory reasons.”

Similarly, you cannot base a hiring decision on a prospective employee’s accent “unless the accent seriously interferes with the employee’s job performance.”

Not Limited to Employer and Employee

According to the EEOC, discrimination also can be indirect, aimed at the spouse or close associate of an employee if that person is “of a certain national origin.”

And not only can employers face discrimination charges when coworkers and supervisors harass an employee, but they can face them if the perpetrators are clients or customers of the business. For that reason, employees should be instructed to report harassment from any source related to the company.

Handling discrimination is always a delicate issue, but if a customer is the alleged perpetrator, a whole new layer of caution may be required. The bottom line is that employers shouldn’t simply look the other way if evidence of discrimination is presented. While it might not always be possible to prevent, demonstrating to the complaining employee that you take the matter seriously can go a long way toward heading off more serious problems.