Retirement Planning: Foresee to Provide for the Future 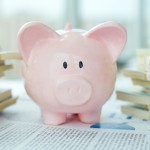 In a well-known Aesop’s Fable, ants stockpile food during the summer bounty, while the grasshopper sings and plays. When winter sets in, the grasshopper starves. The moral of the story is to work hard and plan ahead. In modern times, this lesson can be applied to retirement planning.

What Else Does the Fed Survey Reveal About Household Finances?

The Federal Reserve’s Report on the Economic Well-Being of U.S. Households in 2013 provides a “snapshot” of how U.S. households are faring financially. It monitors their recovery from the Great Recession and concerns, including:

Financial well being. The recession took its toll on many households, with 34 percent saying they’re worse off financially than they were five years ago. Although more than 60 percent of households are “doing okay” or “living comfortably,” a quarter are “just getting by” and more than 10 percent continue to struggle.

Home values. Among people who had owned their homes for at least five years, 45 percent reported that their home values were lower than in 2008. However, homeowners were generally upbeat about the 12-month outlook for their local housing markets.

Savings. The recession depleted savings for many people. About half of households currently maintain a savings account, but only 39 percent believe their rainy-day funds could cover three months of expenses. One-fifth of households routinely spend more than they earn each month. And only 48 percent could pay a $400 hypothetical emergency expense without selling something or borrowing money.

Financing. More than 40 percent of respondents delayed a major purchase and nearly 20 percent postponed a major life decision during the recession. This was at least partially due to limited financing opportunities. The availability of credit remains a concern for most people. One-third of credit applicants were turned down or given less than they applied for. Many people (19 percent) didn’t bother applying for credit for fear of rejection.

Student loans. Nearly a quarter of households are carrying education debt incurred by themselves or their spouses, partners, or children. The average student loan debt is $27,840. Some households struggle to pay this debt, especially if they failed to complete the educational programs. In fact, 18 percent of student loan holders are behind on payments.

Are You an Ant or a Grasshopper?

Unfortunately, many Americans behave more like grasshoppers than ants when it comes to stockpiling money to pay their living expenses during retirement. About one-third of non-retired Americans have no retirement savings or pensions, according to the Report on the Economic Well-Being of U.S. Households in 2013, which was recently published by the Federal Reserve. Almost half of the survey’s respondents aren’t actively thinking about financial planning for retirement. A quarter of those adults with retirement savings are uncertain exactly how they’ll make ends meet during retirement.

Note: The responses varied with age, education and income-levels, however. Not surprisingly, higher-income individuals are the most likely to plan for retirement.

Retirement accounts were hard-hit when the markets collapsed beginning in 2007 — and many haven’t fully recovered. For example, the Standard & Poor’s index lost 55 percent of its value between October 2007 and March 2009.

During the recession, many Americans put retirement saving on the backburner — or took early withdrawals from retirement accounts to pay current bills. In the aftermath, two-fifths of those ages 45 or older have postponed their planned retirement dates due to insufficient savings. Of those between the ages of 55 to 64 who haven’t yet retired, 24 percent plan to work as long as possible.

On the other hand, 19 percent retired earlier than expected during the recession, due to involuntary layoffs or company-sponsored early retirement plans. This means their retirement funds will need to last longer than they originally anticipated.

Many people expect Social Security to be a major source of retirement income. But Social Security checks are often lower than recipients expect — and may be hit with taxes, especially if you have other employment or investment income. Check out the online benefits calculator on the Social Security Administration website for details on your projected payments post-retirement.

So it’s more important than ever to be proactive about stockpiling money for retirement. You also need to be realistic about cost of living increases and build in a cushion for emergencies and unexpected costs when projecting the income you’ll need in retirement.

For example, many retired Americans were unprepared for recent increases in the costs of utilities and gasoline. Other expenses — such as Internet and cell phone accounts — didn’t exist when some of today’s retirees made their initial plans. Americans are also healthier than past generations, living longer and incurring higher-than-expected medical expenses.

A financial adviser can help you plan far in advance to build up a nest egg that will provide sufficient income to maintain financial security for potentially many years. In addition to Social Security and pension benefits, here are other common sources of retirement income:

A part-time job in the early years of retirement can make a big difference to your financial picture. Earning even $4,000 a year replaces the income you could reasonably expect to generate from a $100,000 portfolio. It also provides a buffer against unexpected inflation. The flip side of this coin is that it might be difficult to find a job as you grow older and, of course, work doesn’t appeal to all retirees. Poor health can also render some people physically unable to work into retirement, so it’s always smart to have a Plan B.

Retirement saving strategies need to be designed with your age, relationship status, lifestyle, minor children, and other heirs in mind. Whether you’re starting your first job or hitting middle age, savings patterns are likely to change. By the time you near or hit retirement age, investments and savings should be set and established, with your funds in low-risk, high-liquidity accounts.

It’s Never Too Late to Save

Individuals who are age 50 or over at the end of the calendar year can make annual catch-up contributions to certain accounts, if their retirement savings seem too lean. Here are some of the contribution limits in 2014:

Whenever possible, it’s a good idea to contribute the maximum allowable to your retirement account to secure your future and get the full tax advantage.

If you haven’t saved much for retirement or stopped contributing during the recession, it’s time to get your plan in motion. If you already have a plan in place, consider revisiting it occasionally. A retirement plan isn’t something you can put on a shelf and ignore until you reach age 65. You may need to revise your initial plan as market conditions, tax laws, financial needs or health factors change. Contact your financial adviser for more information.