Retaliation Rule and Other Changes Coming from OSHA 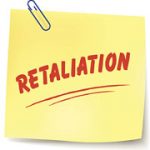 The Occupational Safety and Health Administration (OSHA) has been busy. The agency recently clarified the definition of “retaliation” in a provision that will take effect in November. Also, earlier this year, OSHA finalized a new set of rules governing how you track and report workplace injuries and illnesses. Here are some details about the changes to come.

OSHA sees a revision to the anti-retaliation provision as necessary because, as written, it “prohibits employers from discouraging employees from reporting an injury or illness.” The agency also seeks to better inform employees that they have the right to report work-related injuries and illnesses without the fear of retaliation.

As always with federal regulations, the devil is in the details. The anti-retaliation provision “clarifies the current implicit requirement that an employer’s procedure for reporting work-related injuries must be reasonable and not deter or discourage employees from reporting,” OSHA states.

One change employers will notice in the anti-retaliation provision is the elimination of the 30-day-after-the-fact deadline for employees to report suspected retaliation to OSHA. When the new rule takes effect, the agency will be able to come after an employer even in the absence of an employee complaint.

The new anti-retaliation provision will require OSHA inspectors to go beyond simply looking for apparent violations to trying to assess employer motivations behind policies and actions.

What actions might “deter or discourage” an employee from reporting an injury? One example might be if a company offers incentives for a perfect safety record. Could that be considered undue pressure on workers to avoid reporting injuries? Possibly.

It’s not enough, in OSHA’s eyes, for employers to avoid making it hard or undesirable for employees to report injuries or illnesses. The agency states that employers should actually use incentives “to encourage safe work practices and promote worker participation in safety-related activities.”

OSHA is using the time between now and November 1, when the anti-retaliation provision takes effect, to develop educational materials intended to shed some light on the gray areas discussed above.

Meanwhile, it would be prudent for employers that have post-accident drug testing policies to consider these questions:

As mentioned, along with revisions to the anti-retaliation provision, OSHA has issued final rules regarding electronic reporting. To wit, employers already subject to OSHA’s existing rules that have been reporting on paper must soon begin filing reports electronically. This change takes effect on January 1, 2017. According to the agency, electronic filing will:

1. Make it easier for OSHA to analyze accident statistics with the goal of improving efficiency and enforcement, and

2. “Nudge” employers to redouble their safety efforts. The prospect of the world having easy access to injury data is what will provide that nudge, says the agency.

The compliance timetable and criteria of the overall injury reporting rule (which is distinct from the anti-retaliation provision) vary by “establishment” size and industry. An establishment, by OSHA’s definition, is “a single physical location where business is conducted or where services or industrial operations are performed.” The size of an establishment is based on its peak employment in the prior year.

Establishments with 250 or more employees must begin electronically submitting information from the 300A form by July 1, 2017, and submit information from all forms (the 300A, 300 and 301) the following year. In 2019, the deadline moves up to March 2.

Every employer should begin preparing now to comply with the revised anti-retaliation provision. You have a little more time with the electronic reporting rule, though it wouldn’t hurt to start assessing what you’ll need to do there as well. After all, keeping OSHA at bay may be the best way to avoid adding insult to injury.