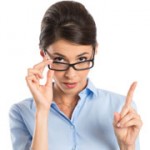 Employee complaints that allege mistreatment at work have to be taken seriously. Even if you doubt the legitimacy of a complaint, you’ll put your company in peril if you fail to delve into what really happened. However, a poorly executed investigation could do more harm than good and potentially sink you in legal hot water.

Under federal law, you’re required to investigate any complaints involving harassment, discrimination, retaliation or safety issues. But even when a complaint seems small enough that employees should be able to work it out themselves — such as loud music blaring from a cubicle — don’t ignore it. The matter may not rise to the level of bringing in upper management, but employees need to know you take their concerns seriously.

The key to any successful investigation is careful planning. If you don’t already have investigation procedures in place, it’s a good idea to develop a plan and add it to your employee handbook and/or management policy manual. Here are some targeted tips for getting to the bottom of a complaint without creating more problems.

Promptness — but not haste — is critical to resolving complaints satisfactorily. Justice delayed is justice denied, as William Gladstone, the 19th Century British statesman, famously observed. Letting an accusation hang too long gives the impression that you don’t consider the complaint important.

Delay also makes it less likely that those who saw or heard the incident will accurately remember what happened. And it increases the likelihood that they’ll be influenced by what they’ve heard from co-workers.

Granted, many businesses have at least one chronic complainer who has cried wolf often enough that it’s hard to take the complaints seriously. Even so, don’t ignore the matter or wait too long to address it. If the complaint turns out to be real, what started as an office gripe could land you in court.

First, put an appropriate person in charge of the inquiry, or handle it yourself, depending on the situation. A seasoned HR professional should be equipped to deal with most matters. But, in some cases, you may need to consult with someone else — for example, a health and safety specialist, or even an employment attorney.

Next, to avoid the risk of turning a minor inquiry into an unnecessary ordeal, define the scope of the investigation. Also, gather any available tangible evidence. This might include items such as incriminating hard copy documents or emails.

Then carefully interview the person making the complaint, taking copious notes. Although there’s nothing wrong with showing basic concern, it’s important to appear neutral and objective.

Some simple, ethical detective work can go a long way toward getting to the heart of the matter. Suppose a male employee accused of sexually harassing a female employee in the copy room defends himself by saying he was only there to make copies. But a review of the copier’s account codes shows he hadn’t used the machine at all during that time. That’s not enough to prove guilt, but it’s part of the puzzle.

Consider carefully the order in which you talk to people. As mentioned, it typically makes sense to interview the person making the complaint (or “the accuser”) first. If that conversation supports the complaint’s potential validity, you can then move on to interviewing the “accused.” Doing so allows an employee who has overreacted or misbehaved to admit wrongdoing and apologize. In such cases, you may be able to end the investigation right then and there.

But, in other cases, you may need to gather more evidence by interviewing other employees directly or tangentially involved in the incident. This has the added benefit of demonstrating to your entire staff that you’ll thoroughly investigate all complaints, and they shouldn’t make false accusations out of spite.

When you have completed your investigation, it’s essential to write it up.

A timely record of your findings, the action taken and the rationale for your decision can spare you a lot of grief down the road. You may need to defend yourself later — especially if the person accused is terminated and files a wrongful dismissal lawsuit. You’ll have a written record to support your action.

Whatever you do, don’t stray into giving advice you’re not qualified to give. Common sense guidance may be okay, but draw the line at advising anyone involved on legal matters.

Suppose your investigation validates the complaint and you take action against the person accused. Be sure to close the loop with the accuser by letting him or her know that you have taken appropriate measures, without necessarily disclosing the specifics.

Finally, when the dust has settled, take a step back and look at the big picture. Ask yourself whether there are any underlying causes of the complaint that you can address to prevent similar situations from arising.

Where There are People, There Will Be Complaints

In a perfect world, you would never receive complaints from employees because nothing would ever go wrong. But, in reality, there will be problems when people work together — mostly trivial but sometimes serious. This is why it’s a good idea to be proactive in setting a policy for investigating issues as they arise. When in doubt, don’t hesitate to contact your employment attorney for sound advice on these important matters.