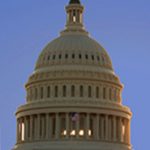 As everyone in America knows by now, President Trump and Republicans in Congress have vowed to repeal and replace the Affordable Care Act (ACA). In its place, they plan to introduce a more market-based system of health coverage.

One question many people have: How will the replacement plan help individuals without employer-provided insurance buy health coverage on the open market? A “Policy Brief” released on February 16 by U.S. House Speaker Paul Ryan (R-WI) provides some details on how Republicans hope to get this done. The main features are:

What Are Refundable and Advanceable Tax Credits?

A refundable tax credit involves a taxpayer receiving a payment from the federal government even if the credit amount exceeds the amount the individual owes in taxes.

An advanceable tax credit provides financial help in advance of filing a tax return. The Republicans’ Policy Brief states that “advanceability is a key feature” of its tax credit proposal “because many Americans need help paying their monthly premiums. They cannot afford to wait until they file their taxes the following year to get assistance.

This article explains some of the details in the document Ryan released titled, “Obamacare Repeal and Replace: Policy Brief and Resources.”

Under current law, lower-income individuals who aren’t eligible for other qualifying health coverage or “affordable” employer-sponsored insurance plans, which provide “minimum value,” are allowed to claim a refundable premium tax credit to subsidize the purchase of certain health insurance plans through a state-established American Health Benefit Exchange or through federally-facilitated Exchanges. This credit is also known as a health care affordability tax credit or premium assistance credit.

The credit generally is payable in advance directly to the insurer on the individual’s behalf, with the taxpayer reconciling the actual credit that he or she is due on a timely filed return. Alternatively, individuals can elect to purchase health insurance out-of-pocket and apply to the IRS for the credit at the end of the tax year. There are a number of complex steps involved in computing the credit.

According to the Policy Brief, the Republican plan would create a new, advanceable, refundable tax credit, under a new tax code section to assist with the purchase of health insurance on the individual insurance market.

The credit would be available to all qualified individuals regardless of income, with older people receiving a higher credit amount than younger individuals, to reflect the higher cost of insurance as people age. A qualified individual would be a citizen or qualified alien who isn’t eligible for coverage through other sources, specifically through an employer or government program.

Taxpayers also would be able to receive credits for their dependents — including children up to the age of 26. (Incarcerated individuals wouldn’t be eligible for the credit.)

The credit could be used to purchase an eligible plan approved by a state and sold in the individual insurance market, including catastrophic coverage. However, the credit wouldn’t be available for plans that cover abortion.

In addition, if an employer doesn’t subsidize health care continuation coverage under the Consolidated Omnibus Budget Reconciliation Act (COBRA), an individual could use the credit to help pay unsubsidized COBRA premiums while he or she is between jobs.

If the individual doesn’t use the full value of the credit, he or she could deposit the excess amount into an HSA (see information below for more about HSAs).

ACA Penalties Would Be Repealed

The ACA penalty taxes for the individual mandate and the employer mandate would be repealed immediately. To provide relief during a transition period, Americans who are eligible for the ACA subsidy would be able to use their credit for expanded options, including currently prohibited catastrophic plans. Additionally, the ACA subsidies would be adjusted slightly to provide additional assistance for younger eligible individuals and reduce the over-subsidization that older people are receiving. Restrictions on federal funding for abortions would be included for the transition period.

Maximum out-of-pocket expenses under the plan for 2016 and 2017 can’t exceed:

Distributions from an HSA that are used exclusively to pay the qualified medical expenses of an eligible individual (account holder) or his or her spouse or dependents are excludable from gross income.

What Are “Qualified Medical Expenses?”

Qualified medical expenses are unreimbursed expenses for medical care as defined under the medical expense deduction rules. Medicine or drugs are qualified expenses only if they’re prescribed (whether or not over-the-counter) or if they are insulin. Qualified medical expenses, which must be incurred after the HSA is established, don’t include insurance premiums other than premiums for qualified long-term care insurance, COBRA and coverage while the eligible individual is receiving unemployment compensation.

Distributions not used for qualified medical expenses are subject to tax, and also are subject to an additional 20% for distributions reported on Form IRS 8853 unless they’re made after the individual attains age 65, dies or becomes disabled.

The Policy Brief says Republicans want more people to be able to utilize HSAs, and expand how they and their families can use them. Specific proposals would:

The Republicans’ repeal-and-replace plans for the ACA still appear to be a work in progress. For example, under the Patient Freedom Act of 2017, a bill introduced by Senator Bill Cassidy (R-LA) and Senator Susan Collins (R-Maine) in January, contributions to expanded HSAs would be nondeductible. They would be set up as Roth HSAs.

However, the Policy Brief provides some clues as to what the future may hold. Stay tuned.