How to Reduce Your Workforce Without Committing Age Discrimination 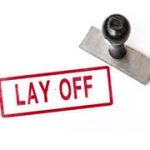 As employers generally know, employees age 40 and over represent one of the “protected classes,” given special priority in employment discrimination cases. You are no doubt aware of the U.S. Civil Rights Act of 1964 and the Age Discrimination in Employment Act, not to mention state and local laws that are sometimes even tougher than federal.

You also need to be mindful of these two laws:

If your company is being scrutinized for possible age discrimination, a key area of focus — apart from whether the discrimination was intentional — is if it had a “disparate impact.” Disparate impact is when an action, such as a layoff of multiple employees, adversely affects one protected class more than others.

A U.S. Court of Appeals recently held that in looking for age-based employment discrimination, employers view actions in terms of the possible disparate impact on precise categories of protected classes. In other words, they shouldn’t just lump together all affected employees who are over age 40, but should instead look at the effect on those over 40, over 50, and over 60.

When the data was analyzed in that way, it was clear that most of the impact was felt among the older groups. In the spirit of “look before you leap,” here are important steps to take to minimize your exposure to an age discrimination lawsuit. The first is to determine the principles that you will be guided by in deciding who will be laid off.

The principles should be logical in the context of your operating requirements. For example, you may have originally hired an employee because he had particular skills your company needed. Now, years later, changes in your operations have made those skills irrelevant. Eliminating his position would certainly appear to be a reasonable, non-discriminatory criterion.

When you must lay off a group of employees who all possess the same level of skills, it’s generally acceptable to retain those with the most tenure or the best performance ratings. By doing so, even if the net result was a disproportionate negative impact on workers in the 40+ age category, you’ll be on a much stronger legal footing to beat back a discrimination claim.

The OWBPA law was enacted in 1990 to, among other things, address a perceived abuse by some employers. The perception was that older workers were pressured into accepting severance payments in exchange for forfeiting their right to subsequently sue the former employer for discrimination. The law doesn’t ban employers from offering such deals, but sets standards around the practice.

Specifically, the OWBPA requires that:

The other federal law to give special attention to before downsizing is the WARN Act, which isn’t specifically aimed at addressing layoffs of older workers. It’s a more general law that governs notification requirements for companies with at least 100 full-time employees that are planning to conduct a large reduction in force (RIF).

The WARN Act requires covered employers to give employees a 60-day heads-up of a planned layoff. Employees to be laid off must be told whether the layoff is to be permanent or temporary. If temporary, they must be told the expected duration of the layoff and the process by which employees will be selected for rehire.

In some circumstances, layoff notification is not required. Examples include when fewer than 50 employees at a particular work location are to be affected, when employees were brought on board originally with the understanding that they were being hired for a project with a known end date, and if a site is closed down due to a labor strike.

Even if you aren’t covered by the WARN Act, if you’re planning a layoff (which includes older workers), you can reduce your chances of landing an age discrimination charge with some extra care. Give the employees advance warning of the layoff and explain to them why the force reduction must occur. Offering severance benefits and support in finding alternative employment — not necessarily in exchange for a waiver of your right to sue — can also defuse the situation.

Finally, once the soon-to-depart employees have been notified, it’s usually a good idea (depending partly on the size of the reduction) to inform the rest of the workforce about what’s happening. This shuts down the rumor mill, and indicates that there’s nothing about the action that needs to be hidden.

Given the high stakes involved, if you’re anticipating the need to carry out a reduction in your workforce for the first time, it can be helpful to get advice from an HR expert before you pull the trigger.