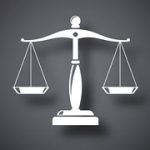 Whether a claim is unfounded or not isn’t apparent until it’s investigated, of course. But if statistics from the Equal Employment Opportunity Commission (EEOC) provide any insight, it’s worth noting that retaliation claims — the most common form of complaint — rose by 6% last year.

Only about one-third of retaliation charges addressed last year were determined to have had a “reasonable cause,” a fact which hasn’t changed much since the year 2000. Fighting such claims is time-consuming and disruptive, but generally necessary to avoid being stigmatized as a “bad” employer, not to mention to avoid incurring expensive penalties.

Going to the Mat

A recent federal case illustrates how far an employer might have to go to defeat an unfounded discrimination claim. A U.S. citizen of Arabic descent was given a low performance rating, and complained to the HR department that a supervisor had made a racially offensive remark. The employee was placed on a performance improvement plan, and claimed that the plan was in retaliation for his complaint about that remark.

He was transferred to another department, and two months later received another poor performance review. In keeping with company policy, the employee’s performance was later evaluated by a committee, which ultimately upheld the new supervisor’s negative review. The employee was terminated shortly thereafter.

The EEOC concurred with the employee’s retaliation claim, but the employer appealed the case to a U.S. District Court for the Southern District of Texas, which rebuffed the EEOC. The EEOC then sought help from the 5th Circuit Court of Appeals, which upheld the District Court’s ruling, seven years after the employee made his first retaliation complaint.

Needless to say, few employers have the legal budget or the appetite to stick to their guns fighting such a case all the way up to a federal appellate court. But the actions that the employer took ultimately brought vindication, and now offer important lessons to others. Here’s a quick summary of what happened in this case, which reveals why the employer may have prevailed.

By taking all these measures, it was abundantly clear that the employer proceeded with intention and hadn’t acted rashly. But knowing when to “go to the mat” to defend your company against an unfounded claim isn’t always so clear.

Tips from the EEOC

Here’s what the EEOC says when it comes to developing a strategy for your company, which may help you nip employment discrimination claims in the bud.

When it comes to recruiting, hiring and promoting employees, keep these principles in mind. It’s important to:

And finally, to minimize the chances of facing any harassment charges, adopt a strong anti-harassment policy, periodically train each employee on its contents, and vigorously follow and enforce it. The policy should include:

The above may appear to be a daunting “to do” list, particularly if you haven’t yet given much thought to avoiding discrimination in your workplace. But every long journey begins with a single step, and the sooner you take that step, the lower the probability that you’ll wind up with a figurative knock on the door from the EEOC.