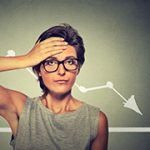 Do you materially participate in a business or rental activity — or are you just a passive investor who isn’t directly involved in a project’s day-to-day operations? The IRS has prescribed seven tests to help individuals classify income, gains and losses from activities as passive or nonpassive. (See “PAL Basics” below.)

The passive activity loss (PAL) rules have been around since 1986. In general, passive investors can currently deduct PALs only to the extent that they have income from other passive activities. Here are a couple of recent examples of how the IRS and courts are currently interpreting the PAL rules in real-life situations.

However, if you “materially participate” in an activity for the tax year, you’re most likely exempt from the PAL rules for that activity. Therefore, you can generally deduct the loss from that activity in the year it’s incurred.

IRS regulations prescribe seven tests to determine if you can meet the material participation standard for a particular activity. If you can pass one or more of these tests for the tax year in question, you meet the material participation standard for that activity for that year, which means the unfavorable PAL rules don’t apply.

1. More-Than-500-Hours Test. You pass this test if you participate in the activity for more than 500 hours during the year.

4. Significant Participation Activity (SPA) Test. You pass this test if the activity is a SPA in which you participate for more than 100 hours during the year, and your total participation in all SPAs exceeds 500 hours.

5. Prior-Year Material Participation Test. This test requires you to materially participate in the activity for any five of the ten immediately preceding years.

6. Personal Service Activity Test. You meet the standard if an activity is a personal service, and you materially participated in the activity for any three preceding years.

In the facts underlying a recently released IRS technical advice memo, the taxpayer was a medical doctor who owned interests in and was employed by two S corporations. The doctor also held an indirect interest in an outpatient surgery facility, and his income from the surgery facility wasn’t tied to the number of surgeries he performed there.

On his personal federal income tax returns, the doctor didn’t group the S corporations and surgery facility activities together for PAL purposes. Instead, he kept them separate and offset passive income from the surgery facility with passive losses from the unrelated rental activities. The IRS Office of Chief Counsel concluded that the taxpayer’s grouping of activities wasn’t done with a principal purpose of circumventing the PAL rules. Therefore, the auditor wasn’t allowed to regroup the activities to achieve a more disadvantageous result for the taxpayer.

Under the PAL rules, rental activities are generally classified as passive by default. However, a favorable exception stipulates that the rental of tangible property isn’t a passive activity if the property owner provides extraordinary personal services.

The Supreme Court recently declined to review a decision by the Fourth Circuit Court of Appeals that denied a deduction for the taxpayers’ losses from rental properties. The Fourth Circuit found that the rental losses were disallowed by the PAL rules, and that the aforementioned extraordinary personal services exception didn’t apply. (Brad Johnson and Elci Wijayaningsih v. Abby Pope, 117 AFTR 2d 2016-947, 4th Cir. 2016, October 3, 2016)

The taxpayers were a married couple who deducted losses incurred in 2006 and 2007 from three rental real estate properties. After an audit, the IRS disallowed the deductions under the PAL rules. The taxpayers went to District Court claiming that their losses were deductible because they provided extraordinary personal services in connection with their rental properties.

Specifically, the taxpayers claimed that they provided their renters with such amenities as fire and horseshoe pits, satellite television service, kitchen dishes and appliances, furniture, cleaning supplies, periodic household services, landscaping, bathroom toiletries, laundry facilities and continental breakfasts. The taxpayers also claimed that the husband provided counseling services to renters, including legal, tax, financial and psychological counseling. One of the renters testified that these extra amenities and services were the reason he had rented from the taxpayers. The renter also stated that he had observed other renters receiving similar services.

However, the District Court concluded that, even construing all facts and inferences in favor of the taxpayers, they still failed to establish that their renters received services that were akin to those offered by a hospital or boarding school, where the prime concern of the occupants is the receipt of such services. According to the District Court, the only services that would differentiate the taxpayers’ rental properties from typical rental properties were the counseling services that were allegedly provided by the husband.

The PAL rules have been around for decades. But they still aren’t necessarily well understood — even by the IRS and courts. If you have business or rental activities that generate tax losses, you could be subject to the PAL rules. However, with strategic planning, you may be able to minimize or even eliminate the adverse effects of the PAL rules. Contact your tax advisor if you have questions or want more information.