Protect Yourself Against the Latest Phone Scams 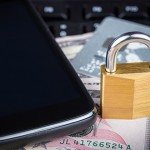 Phone scams aren’t new, but they are getting bolder and more sophisticated. Many people rejoiced when caller ID was introduced because it became easier to avoid unwanted calls. But it was only a matter of time until thieves developed ways to use caller ID like a Trojan Horse, enticing you to pick up the phone. They mimic your bank or your credit card company or even a government agency like the IRS.

Have you heard of this scam? Criminals scour publicly available data on Facebook, Twitter and other social media sites. Then, they locate a vulnerable relative — generally a grandparent — and call the person pretending to be a college-aged grandchild or perhaps in the military on leave.

Here’s a typical “grandparent scam” phone call using information gleaned from the Internet: “Hi Grandma, it’s Billy. I’m in Toronto on break from (the name of the university he attends). I got into a car accident and need some money to pay for the damage. Can you wire me $1,000 right away? Please don’t tell my parents because they’ll get upset.”

In some cases, the scammers pretend the grandchild was arrested and is in jail or needs emergency medical treatment. If money is wired, the grandparents may be contacted again, and told additional money is needed.

Meanwhile, the victims’ grandchildren are actually safe at home or school.

To pull off these scams, criminals go through social media accounts, searching for information. On many accounts, scammers easily gather names, locations, schools attended, photos and other details that allow them to overcome skepticism when they call the grandparents.

According to the FBI, criminals often call “late at night or early in the morning when most people aren’t thinking that clearly.”

There are variations on the scam, the FBI reports, including:

Instead of the “grandchild” making the phone call, the caller pretends to be an arresting police officer, a lawyer, a doctor at a hospital, or other person. Sometimes, the “grandchild” talks first and then hands the phone over to an accomplice…to further spin the fake tale.

If you receive such a call, here are some steps to take:

May the Consumer Beware

Across the country, people of all ages and financial backgrounds receive bogus phone calls from scammers pretending to represent their banks or credit card companies. The goal? To convince consumers to provide personal information to access accounts or simply send payment.

For example, the Pennsylvania Attorney General’s Bureau of Consumer Protection has recently received numerous complaints from victims who received calls from toll-free numbers telling them that holds were placed on their credit or debit card accounts. Then the callers instruct victims to press “1” and enter their credit card numbers to release the hold. Unsuspecting consumers who follow these instructions give away their credit card numbers, which fraudsters can immediately use to make online purchases or create fake cards for future use.

Credit card companies never ask consumers to give their information this way, however. If you receive such a call and are concerned about your credit card account, hang up and call the number on the back of your card instead.

Another scam reported in Virginia involves prepaid money cards. Here, the perpetrator pretends to be an agent of the power or phone company, making a courtesy call for an overdue balance. Then the bogus agent claims that the company’s credit card machine is out-of-order and requests the victim to pay the bill using a reloadable prepaid card. Similar scams have been reported in Minnesota and North Dakota using PayPal accounts.

In August, the IRS repeated a reminder it made during tax season about phone scams. The tax agency continues to hear from taxpayers who have received unsolicited calls from individuals demanding payment while fraudulently claiming to be from the IRS.

Based on the 90,000 complaints that Treasury Inspector General for Tax Administration (TIGTA) has received through its telephone hotline to-date, TIGTA has identified approximately 1,100 victims who have lost an estimated $5 million from these scams.

“There are clear warning signs about these scams, which continue at high levels throughout the nation,” said IRS Commissioner John Koskinen. “Taxpayers should remember their first contact with the IRS will not be a call from out of the blue, but through official correspondence sent through the mail. A big red flag for these scams are angry, threatening calls from people who say they are from the IRS and urging immediate payment. This is not how we operate. People should hang up immediately and contact TIGTA or the IRS.”

It’s important for taxpayers to know that the IRS:

Potential phone scam victims may be told that they owe money that must be paid immediately to the IRS or they’re entitled to big refunds. When unsuccessful the first time, phone scammers sometimes call back trying new strategies.

Fraudsters have convincing methods of persuading people that they’re legitimate IRS agents, including:

Victims may even hear background noise that mimics a call site. If you get a phone call from someone claiming to be from the IRS, here’s what you should do:

Taxpayers should be aware that there are other unrelated scams (such as a lottery sweepstakes) and solicitations (such as debt relief) that fraudulently claim to be from the IRS.

The IRS encourages taxpayers to be vigilant against phone and e-mail scams that use the tax agency as a lure. The IRS doesn’t initiate contact with taxpayers by e-mail to request personal or financial information. This includes any type of electronic communication, such as text messages and social media channels. The IRS also doesn’t ask for your personal identification number, password or similar confidential access information for credit card, bank or other financial accounts. Recipients should not open any attachments or click on any links contained in the message. Instead, forward the e-mail to phishing@irs.gov.

For more information or to report a scam, go to www.irs.gov and type “scam” in the search box.

Others Phone Scams on the Rise

If you’ve noticed an increase in unsolicited phone calls — even though you’re on the Do Not Call registry — you’re not alone. The Federal Trade Commission (FTC) and the Better Business Bureau (BBB) warn that these calls may appear to come from a local business, your bank, a neighbor … or even from yourself. The point is to get you to pick up the phone.

It’s known as caller ID “spoofing” technology, and scam artists use it to impersonate other callers. The variety of scam calls seems never-ending. Some connect you to a live person on the other end, while others start with a recording, also known as a “robocall.”

Either way, you probably didn’t win a prize. If the caller offers to lower the interest rate on your credit card if you verify your credit card number, take the advice of the FTC … just hang up. In addition:

Don’t press any buttons. The caller may instruct you to press a button to speak to an agent, be removed from the call list or register a complaint. As tempting as that might be, by pressing a button, you might actually be agreeing to something.

Look up numbers yourself. Even if you think the call might have a legitimate purpose, for example, a problem with your bank account, it’s still safer to hang up. Then, use the phone book or perhaps your account statement to find a number yourself. Call the bank and explain what happened. They’ll be able to tell you if the call was legitimate.

Reveal nothing. Never give out personal financial information. If you didn’t initiate the call, don’t provide bank account or credit card numbers, your Social Security number, or even your birth date or age.

You can check the FTC website for a list of common phone-based scams, though the list is constantly growing. You can also report a scam by logging onto ftc.gov/complaint. To register your phone number with the National Do Not Call Registry, go to donotcall.gov.