Promote From Within Successfully: A Management Cookbook 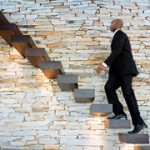 Promoting non-supervisory employees to management roles can be a morale-booster for the promoted employee, and for others. Seeing a fellow employee move up the ladder gives coworkers reason to expect that, someday, they could rise to that level as well. Also, homegrown talent can be more economical, both by avoiding recruitment costs and because the initial compensation requirements of a promoted employee may be less.

The trick, however, is to know when an employee is ready to assume that higher level of responsibility. One fundamental indicator may be that he or she is a self-starter who doesn’t require a lot of supervision from you. Does the employee demonstrate independent problem-solving skills and address issues proactively?

Does the employee exhibit concern for the success of the organization as a whole, as opposed to focusing mainly on personal advancement? If you’re considering an employee for a supervisory position, pay attention to how he or she talks about the job and the company. Good leaders are able to see how their own work relates to the overall operation and success of the business.

A Key Ingredient in Your Management Cookbook: Expressed Desire

Has the employee expressed a desire to become a manager? Chances are, those who talk seriously about such an ambition have at least some concept of what’s involved in the job. While ambition doesn’t guarantee the employee will be an effective manager, it may weed out those who know themselves well enough to recognize they wouldn’t thrive in a supervisory role.

Another strong indicator is that the employee has already assumed an informal leadership role among peers and isn’t resented by coworkers for having done so. That suggests a basic capacity to take on more responsibility as well as a tendency to look out for peers. Coworkers wouldn’t likely respect a team member who appeared to seek advancement without keeping the team’s interests in mind.

Here are a few more strong hints about suitability for promotion:

Assign a Mentor as Part of a “Supervisor Boot Camp”

Once you find an employee who exhibits all or most of these qualities, don’t make the mistake of promoting that person and then moving on to other priorities. Most newly minted supervisors, no matter how strongly they performed in previous positions, will need some training and mentoring to grow into their new roles.

What specifically might they need? First, reflect upon your own experience for some ideas. If you had a smooth transition to a supervisory role, what made that possible? If it was a rocky road, what would have made it easier for you?

Basic subjects that should be part of a supervisor boot camp include employee goal-setting, performance assessment, performance management, and conflict resolution. Also, leadership training will be needed to supplement the nuts-and-bolts topics.

You can’t anticipate every stumbling block a newly promoted supervisor will face in devising a training program, so it’s important to give that person a mentor who has made the same transition. Putting some structure around the mentoring program at first — such as a scheduled weekly check-in session — can give rise to important discussions that might not otherwise have taken place.

Finally, unless the new supervisor will be moving to another department, it’s important to prepare him or her for the challenges associated with becoming the boss of former coworkers. To name a few:

Although it will be tempting for new supervisors to downplay their authority over former coworkers, they should understand before they agree to accept a promotion that there’s no getting around the fundamental change in the relationship. That change, they must understand, will probably require a cutback in purely social interaction with their former coworkers.

Keep in mind, if you have chosen wisely, a new supervisor will be able to surmount these hurdles.