Is Progressive Discipline Right for Your Organization? 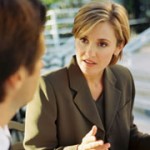 In many companies, more attention is given to the carrot side of the employment equation than the stick. That’s understandable; most people hope for the best and focus on ways to take something good and make it better using incentives, additional training and more. But of course, negative or disappointing employee behavior must also be reckoned with. Here’s a look at the upside — as well as the potential downsides — related to implementing a progressive discipline policy.

Four Strikes and You’re Out!

1. Talk about it. Train supervisors to sit down with the employee to discuss the issue and lay out expectations for future behavior or performance.

2. Write up the employee. If the issue goes unresolved, the second step involves writing a detailed description of the problem, its required remedies and the consequences of failing to solve the stated issue. You can then use this document as the script for a more intensive discussion with the employee’s direct supervisor and, often, the next higher-level manager. Require the individual under scrutiny to acknowledge the write-up by signing two copies of the document: one for the employee and the other for the direct supervisor.

3. Give a final warning and, possibly, a suspension. If the employee fails to complete the documented steps to performance or behavioral improvement, he or she should receive a formal and final warning. You might also suspend the individual — possibly without pay, though their compensation could be restored should exculpatory evidence surface in an investigation.

4. Terminate the individual. Firing the employee is obviously the last and most extreme step. Before firing an employee, be absolutely sure you’ve carefully followed and documented every step of your progressive discipline policy.

This type of plan, in which infractions or acute underperformance are addressed by a clearly articulated series of escalating consequences (see sidebar), offers several advantages. For one, it ensures that employees know what will likely happen if they get out of line or fail to perform. It also gives workers ample opportunity to change their ways and avoid the ultimate consequence: termination.

In addition, a progressive discipline policy offers other positive outcomes. It:

The logical and standard place to present your discipline policy is your employee handbook, where every staff member can find reliable information spelling out what they can expect and what you expect of them. But, employment attorneys caution, employee handbooks (including discipline policies) must be written carefully and carry important caveats so that you don’t paint yourself into a corner.

It’s a common practice these days for employers to place a disclaimer in the handbook, and to require employees to sign an acknowledgment that they have received and do understand what’s in the handbook. Doing so can strengthen your hand in legal challenges that may arise. You might also consider asking your employment attorney to draft a separate acknowledgment page for employees to sign, stating that they’ve read and are willing to abide by your written discipline policy.

With respect to discipline procedures, the language in your policy should make it clear that, in some situations, you might deviate from the standard processes described.

Here’s an example of an exception you might use:

(Important note: Don’t issue your own policy or handbook without first consulting an employment attorney familiar with laws in your state.)

It’s also important to build an appeals process into your discipline policy. After all, to err is human, and you might easily have overlooked factors that would change your assessment of a discipline or performance issue. Be sure that your appeals procedure is not open-ended, but includes a reasonable deadline for presenting information to support the appeal.

Also, progressive policies require patience. You need to be sure you’re willing to work your way through all steps to give wayward or underperforming employees multiple chances to turn it around. Finally, depending on the size of your workforce, operating without a full crew while even one member is being disciplined could create a bottleneck. Don’t hamstring your ability to produce because of a poorly planned discipline policy.

One possible way around these obstacles is to expand the scope of the disclaimer in which you grant yourself the right to terminate employees found to have engaged in criminal behavior. This should allow your company to make exceptions to the policy whenever you consider it necessary. However, tread carefully here, because the more flexible the policy, the less meaningful it might be perceived by employees.

Finding the right balance between a firm hand and flexibility when needed isn’t easy, but it’s doable. After all, running a successful business regularly requires making tough judgment calls. Be sure to consult your employment attorney in your area to ensure you’re within your rights in whatever discipline policy you adopt, as well as to target the exceptions you wish to grant.