Be Prepared for a New 401(k) Safe Income Investment Option 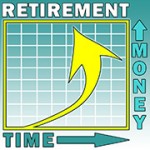 The authorities on tracking the expectancies of Americans is known as the Society of Actuaries. The information they collect and process is then used for pricing insurance contracts and making pension benefit cost projections. Recently, they have reset the longevity averages for Americans age 65 and up. For women, it’s 88.8 years, an increase from 86.4 just 14 years ago. For men, the number jumped to 86.6 from the previous life expectancy of 84.6.

That sounds good unless you or your employees weren’t expecting to live quite that long and have based your retirement savings accordingly.

Annuity contracts issued by insurance companies — like the traditional pension plans that have become scarce among private employers — generally guarantee an income stream for life. They can therefore provide an important backstop to a standard “defined contribution” retirement plan, like a 401(k).

A relatively new annuity category called the longevity annuity is designed to kick in once the policyholder reaches a certain advanced age, such as 80. That gives the retiree peace of mind knowing that if his or her retirement funds are virtually depleted by the specified age, a new stream of monthly checks will begin.

IRS regulations* finalized in July exempted the value of “qualifying longevity annuity contracts,” or QLACs, from those required minimum distributions. A QLAC is:

The new IRS /Department of Labor rule will “help ensure that American workers and their families can attain guaranteed retirement income that cannot be outlived,” states the Insured Retirement Institute, a trade association representing annuity providers.

Previously, using an annuity in a target date fund was essentially an all-or-nothing proposition. Now, you and your employees “can use a portion of your savings to purchase guaranteed income for life, while retaining other savings in other investments,” according to the IRS announcement.

The IRS says its goal is not simply to keep people from going broke in retirement, but to enable retirees to spend more money in retirement without having to worry about becoming destitute.

The price employees will pay for the annuities they purchase will vary according to their age, as would be the case if they purchased an annuity contract independently. Ordinarily allowing some retirement plan participants to pay more or less than another participant based on age would be barred as a discriminatory practice. The new rule, however, takes the common sense approach of overruling that limitation for this purpose.

It also allows target date funds that incorporate a series of deferred annuities to be limited to older plan participants, who happen to be the hottest prospects for an annuity-laden fund.

Of course retiring employees can also roll assets into an IRA and invest in whatever else they wish.