Pregnancy Discrimination is Alive and Well in the American Workplace 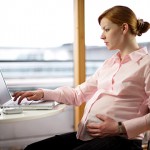 Employment discrimination related to pregnancy has been illegal for decades, since the passage of the Pregnancy Discrimination Act (PDA) back in 1978. The law, which was an amendment to the 1964 federal Civil Rights Act,prohibits businesses from making employment decisions based on pregnancy. This applies to all aspects of employment, including hiring and firing, pay, job assignments, promotions, layoff, training, fringe benefits (such as leave and health insurance), and other terms or conditions of employment.

On July 14, the EEOC issued Enforcement Guidance on Pregnancy Discrimination and Related Issues, along with a question and answer document about the guidance and a Fact Sheet for Small Businesses. For more information visit http://www.eeoc.gov/eeoc/newsroom/release/7-14-14.cfm

In its next term, the U.S. Supreme Court has agreed to take up a case of alleged violations of the Pregnancy Discrimination Act.

According to court documents, United Parcel Service, Inc. (UPS) driver Peggy Young asked her employer for light duty so she could continue to work during her pregnancy. The employer refused and told her to take unpaid leave. As a result, Young lost her health benefits. She later returned to work after giving birth.

Lower courts agreed with UPS, while the federal government agreed with the employee. Now that the Supreme Court has granted certiorari in the case, the nine Supreme Court justices will render a decision by next year. The ruling could have implications for employers concerning the extent to which an employer must provide work accommodations to pregnant employees. Stay tuned.

Though the Pregnancy Discrimination Act has been around for 36 years, officials at the Equal Employment Opportunity Commission (EEOC) say discrimination against pregnant woman is still a “significant problem.” Women continue to face demotions, prejudice, and even job loss when they become pregnant. This is why, to avoid discriminatory practices and stay out of legal hot water, employers and their managers should review the law before making employment decisions.

According to the EEOC, when Amada Lucero told her employer — Greystar Management Services — she was pregnant, she asked if she could be excused from working with cleaning chemicals used on the job. A manager at Greystar said she would need to supply documentation from her physician, confirming the pregnancy and clearing her to work with the chemicals. After her physician declined to provide the documentation, Lucero told her employer she could continue with her normal duties, including working with the chemicals.. Even so, Greystar fired her.

The EEOC filed suit against the company in U.S. District Court in Maryland, Southern Division. The case was settled when Greystar agreed to give Lucero $25,000 in monetary relief, and also agreed to meet certain other administrative and training conditions within the company.

“We still receive far too many pregnancy discrimination charges where a lower-income worker is fired simply because of pregnancy,” said EEOC official Spencer H. Lewis. “It’s in society’s interest, as well as required by federal law, to allow a pregnant worker to continue to work and support herself and her family when she is able to do the job, as Ms. Lucero was.” (EEOC v. Greystar Management Services, LP, Civil Action No. 11-cv-02789 ELH)

In another case, the EEOC stated that Heather Morrison was six months pregnant when she applied for a job with Chick-fil-A. During the hiring process, the interviewer may have crossed legal boundaries by asking questions related to her status as an expectant mother. The questions included how much maternity leave she planned to take and what her childcare plans were after delivering the baby.

Morrison knew the questions were inappropriate, but told the EEOC she answered them anyway, because she wanted the job. Three days after the interview, she was told she did not get the position, but was advised to call back after the baby was born and her childcare plans were in place.

Morrison sought help from the EEOC. The agency filed suit in the U.S. District Court for the Middle District of Maryland, alleging the company was guilty of pregnancy discrimination under the Pregnancy Discrimination Act. The case was later settled when Chik-fil-A agreed to provide Morrison with $10,000 in monetary relief. The company also agreed to develop and implement a policy prohibiting pregnancy discrimination, and to ensure all levels of employees are trained on the policy. In addition, Chick-fil-A was required to inform the EEOC of all job openings over a two-year period, and hiring decisions that involve pregnant applicants.

“Working women who choose to have children shouldn’t be treated differently from other employees or applicants simply because they are pregnant,” said Lynette A. Barnes, regional attorney for the EEOC’s Charlotte District Office.  (EEOC v. John Charping, d/b/a Chick-fil-A, Concord Commons. Civil Action No. 1-13-CV-00535).

An unnamed applicant was pursuing employment as a group leader at Weight Watchers in Farmington Hills, Michigan. Before becoming pregnant, she had successfully used the Weight Watchers program to meet and maintain her weight goals, which qualified her as a lifetime member. According to the complaint she filed with the EEOC, Weight Watchers stated it had a policy against hiring pregnant women. Specifically, according to the EEOC, the applicant was turned down because the company’s hiring policy requires an employee to be at her “goal weight.”

The EEOC filed suit on her behalf in the U.S. District Court for the Eastern District of Michigan. Weight Watchers later settled the case by agreeing to pay the applicant $45,000 in monetary relief. The company also agreed to administrative revisions to its policies and training, including revising the “goal weight” policy.

Under the law, “pregnant applicants have the right to fair and equal consideration for employment,” said Omar Weaver, senior trial attorney for the EEOC’s Detroit Field Office. “The EEOC is committed to ensuring that employers understand that a pregnant applicant’s ability or inability to perform the job is the only factor that may be considered.”  (EEOC v. The WW Group, Inc., d/b/a Weight Watchers, Case No. 2:12-cv-11124)

What Do these Cases Mean for Employers?

If an applicant can show her pregnancy contributed to an adverse decision regarding her employment, the company may find itself in legal trouble. An opinion expressed in an older case filed in the U.S. District Court for the District of Arizona put it this way:

“A plaintiff may establish her case through direct or circumstantial evidence … Direct evidence is evidence, which if believed, requires the conclusion that unlawful discrimination was at least a motivating factor in the employer’s actions.”

In other words, if pregnancy is one of the reasons a business fires or makes other adverse employment decisions about an employee, the business could be found guilty of unlawful discrimination — even if there are other reasons, such as the individual being continually late for work.

With a growing number of laws on the books, there is no foolproof way to circumvent legal trouble. But here are some guidelines which may help you steer clear of some pitfalls when it comes to pregnancy discrimination.