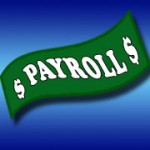 Almost all employers who responded to a recent poll by WorldatWork* say they have a compensation philosophy. And about two-thirds of those employers say they have committed it to writing. Trouble is, only 27 percent of them believe that the majority of their workers actually understand it.

That might not be surprising because a significant number — 39 percent — reported that they share only “minimal” pay-related information with their employees.

What kind of information?

While very few employers reveal “actual pay levels for all employees,” many more — 44 percent — say they tell employees the pay range for their pay grade, or provide some information on how they set pay levels. Only about 16 percent reveal base pay salary ranges for all pay grades or jobs.

Authors of the “Compensation Programs and Practices” report surmise that “the fact that so many organizations are following a similar pay policy has led to some level of malaise in communication, where ‘no change’ equates to ‘no communication is necessary.'”

The message is clear: Even when you haven’t overhauled your compensation philosophy or practices, it’s important to continue to let employees know that you don’t set their pay by throwing darts at a dart board. In addition, the survey reveals that “employees’ understanding of the organization’s compensation philosophy improves when there is a higher differentiation in increases between average and top performers.”

Whether effectively communicated or not, what approach are employers taking toward setting pay levels?

A huge majority say their goal is to set base salaries at the median level for their “relevant labor market.” (Eight percent target above the 50th percentile but below the 75th.) That doesn’t mean, however, that they pull it off. Only two-thirds reported achieving that goal.

When establishing the “relative value of jobs” for purposes of setting pay levels, most employers said “market pricing” was part of the process. In addition, nearly one in five survey respondents said they also use a point factor system (assigning a numeric value to all the key elements of a job and adding them up). The same percentage reported using a simple job classification system.

Asked how they determine pay raises, the following methods were identified by survey respondents:

Most respondents said they “typically” adjust pay on an annual basis, although about one quarter report doing so “as needed based on market conditions.” Another 14 percent give raises only every two years.

COLA-based raises are rare: Only 11 percent of employers offer those. Only 3 percent give automatic raises based on length of service.

When the time comes to discuss an employee’s pay increase, the majority of employers do so only with “brief” written or verbal forms of communication. Less than one-third give “detailed” written communication, and fewer than one in five provide detailed verbal communication.

Employers report that performance is key to the level of raises. How much bigger are the raises given to top performers than the average? The largest percentage of employers — 45 percent — report top performers get raises about 50 percent higher than the others. However, less than one-fifth say the gap is double the amount, that is, if the average is 3 percent, high performers get 6 percent.

More than half of employers who responded to the survey have five performance category tiers.

*WorldatWork is a compensation professionals’ association. The survey and findings are summarized in a report titled: “Compensation Programs and Practices.”