Perceived Retaliation Can Put Your Company in Hot Water 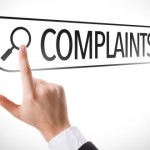 If an employee lodges what you consider an unwarranted complaint about a supervisor at your company — possibly about you yourself — it’s natural to feel some resentment. But matters can quickly go from bad to worse if, after filing the grievance, that employee believes he or she is being retaliated against.

Employees who seem overly sensitive to the possibility of discrimination may also interpret ordinary actions as retaliation. Even if you successfully beat back a charge of retaliation, the process is time-consuming and troubling.

The fact is, nearly half of complaints taken to the Equal Employment Opportunity Commission (EEOC) involve a claim of retaliation. And in recent years the plaintiffs have prevailed in about half of those instances. Not only that, but in most of those cases where the EEOC agreed with the plaintiffs that illegal retaliation had occurred, the EEOC had previously rejected the same employee’s claim of discrimination. In other words, an employee may have a greater chance of success when filing a claim of retaliation than a claim of discrimination. That’s why it’s imperative that your supervisors understand how important it is to avoid any action that might be interpreted as retaliation for a discrimination claim, actions such as a reassignment to unpleasant duties, an undesirable work shift, or a demotion.

The EEOC defines protected activity as the actions employees can take without suffering adverse employment consequences.

The largest category of these actions is when an employee opposes a practice believed to be unlawful discrimination. The EEOC gives examples:

However, actions by employees that are unlawful or that interfere with job performance “such as acts or threats of violence” are not protected activity.

Two other categories of protected activity are:

Retaliation or adverse actions range from the obvious to the more subtle. Firing, refusing to promote or hiring someone because he or she engaged in protected activity conducted at a previous workplace both fall under the “obvious” heading.

Things can get a little murkier, says the EEOC on its website: “Other actions affecting employment such as threats, unjustified negative evaluations, unjustified negative references, increased surveillance, and any other action such as an assault or unfounded civil or criminal charges that are likely to deter reasonable people from pursuing their rights.”

The EEOC offers some examples of retaliation claims that were successful, in its article entitled, “Retaliation — Making it Personal:”

2. An employee who had filed a complaint with the EEOC subsequently was denied the opportunity to use a company car. Although the supervisor had discretionary authority to grant that privilege, the EEOC concluded the denial was at least in part retaliatory in nature. The fact that the denial came right on the heels of the EEO complaint apparently strengthened the employee’s case. However, the EEOC noted that “there have been cases in which years have passed and other evidence established that the employee’s earlier EEO activities motivated the manager’s action.” Evidence in such cases can include “verbal or written statements, comparative evidence that a similarly situated employee was treated differently, falsity of the employer’s proffered reason for the adverse action, or any other evidence from which an inference of retaliatory intent might be drawn.”

3. Criticizing an employee who had filed an EEO complaint, thereby creating “an overall feeling of distrust and concern about the employee.” In this case, the supervisor “described the employee’s discrimination allegations as ‘unprofessional,’ … ‘highly offensive’ and ‘bad for morale.'” The EEOC found the manager “openly hostile towards an employee’s protected EEO activity,” and “failed to ensure that coworkers understood and respected the employee’s right to file a complaint.”

If an employee files an EEO complaint against one of your managers, you might consider not even informing that manager until it becomes apparent whether the complaint has merit or not. That way, the manager won’t face any temptation to retaliate. On the other hand, if there is a reasonable chance that the employee has a case, by not bringing the manager into the picture, you’re running the risk that more truly discriminatory actions could be made by the supervisor, and everyone is worse off.

The safest route is to be sure that supervisors are well trained to know what kind of behavior can give rise to an EEO complaint. Also, have a system in place for employees who feel their EEO rights may have been violated to bring them to your attention before matters spiral out of control. And also be sure supervisors realize that even if an employee’s claim of discrimination fails, he or she may still prevail if charges of retaliation are brought.

Employee complaints about discrimination and retaliation have to be treated with kid gloves. If you’re in doubt about how to handle a complaint, consult your employment adviser to go over the specifics of the case.