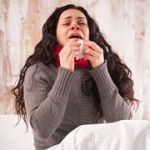 Mandated sick leave policies vary from state to state and city to city. One way the policies differ is in the grounds required for taking sick leave. All allow workers to use sick leave when they’re ill themselves or need to care for certain sick family members. Some also cover time spent obtaining preventive care. In addition, laws in several jurisdictions require that leave be granted for victims of domestic violence, sexual assault and stalking.

Those last three criteria are incorporated into the proposed Healthy Families Act, which is endorsed by President Obama. However, paid sick leave requirements have been proposed — and rejected — by every Congress since 2004.

For perspective, the sick leave benefit that would be mandated under the Healthy Families Act would require that employees be able to earn up to seven days of “job-protected paid sick leave” per year. The benefit would be accrued at a rate of one hour of sick leave for every 30 hours worked.

The law, if passed, which could serve as a model for state and local governments, would exempt employers having fewer than 15 workers.

Existing sick leave mandates may also differ in terms of the length of time an employee must be on the job before becoming eligible. For example, in California, employees who work for 30 or more days within a year from the beginning of employment are entitled to benefits. Paid sick leave accrues at the rate of one hour per every 30 hours worked, paid at the employee’s regular wage rate. Accrual begins on the first day of employment or July 1, 2015, whichever is later.

Obviously, given the pushback from Congress for more than a decade, there’s disagreement about the idea of making paid sick leave a national requirement. Bear in mind that during those years, both the Democrats and the Republicans have held control of Congress at different times, so the issue isn’t strictly partisan.

In spite of a lack of agreement, the majority of workers — 61% — were receiving paid sick leave from their employers at the time of the most recent survey data from the Bureau of Labor Statistics (BLS), detailed in the chart below.

Absent a mandate, what motivates an employer to offer paid sick leave? Generally, the reasons include the need to attract and retain good employees, as well as the obvious need to prevent the spread of disease and illness in the workplace.

As evidence to support the second point, advocates of paid leave can cite a 2010 study, “Sick at Work: Infected Employees in the Workplace during the H1N1 Pandemic.” Using data from the Centers for Disease Control (CDC) and the BLS, authors Robert Drago, PhD, and Kevin Miller, PhD, drew several conclusions, including:

Presumably, many of those infected co-workers ended up taking time off, or were less productive if they felt compelled to work while sick. The study didn’t estimate how many of those who remained on the job while infected lacked sick leave benefits.

The Society for Human Resource Management (SHRM) also conducted a survey, “Examining Paid Leave in the Workplace.” It looked at sick leave policies in greater detail than the CDC/BLS study mentioned earlier, and found that 81% of responding employers provide some form of paid leave to employees. Note: All companies surveyed were SHRM members and were large enough to have human resource departments.

Participants in the SHRM study were evenly divided between employers who offer paid sick leave as part of a paid-time-off policy (commonly called PTO, which includes vacation and personal days), and those having a standalone sick day benefit. Here are some additional highlights of the study:

Clearly, this is an important topic. It’s a good idea to review all employee benefits from time to time. Offering paid sick leave can help your business attract and retain employees and keep your workforce healthy. If your business doesn’t provide it, you might want to consider doing so in light of the growing movement to mandate paid sick leave.