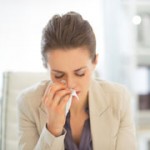 With cold and flu season kicking in, it’s likely that many of your employees will be hit with one of these illnesses — though they might not call in sick. While many employers offer some form of paid sick leave, an estimated 43 million American workers lack any time off with pay during illness, according to the White House.

This article answers a variety of paid sick leave questions, including:

On Labor Day this year, President Obama signed an executive order requiring companies that do business with the federal government to adopt policies offering their employees up to seven days of paid sick leave per year, beginning in 2016. Those federal government contractor employees — roughly 300,000 of them — will earn a minimum of one hour of paid sick leave for every 30 hours they work.

The leave mandated by the executive order can be used for the employee to take care of him- or herself or a family member, domestic partner or “other loved one.” It can also be taken “for absences resulting from domestic violence, sexual assault, or stalking,” according to a White House summary.

When announcing the new policy, the President urged Congress to enact long-pending legislation mandating paid sick leave, the Healthy Families Act. That proposal, which has been rejected by Congress several times, would require employers with at least 15 employees to provide essentially the same sick leave benefits that will soon be required of federal contractors.

Campaigns promoting mandated paid sick leave are underway in dozens of other jurisdictions.

The Freedom Foundation, a not-for-profit policy research organization, conducted an analysis of several studies and combined the results. The organization deemed the research used to be “the most significant and frequently cited studies of mandatory paid sick leave policies,” focusing on jurisdictions that had adopted sick-leave laws. The conclusion: The benefits of such polices were overstated.

One of the most common arguments favoring paid sick leave is that, without it, sick employees who can’t afford to forfeit a day’s pay will come to work with contagious illnesses and pass them on to other employees. Another is that, in the absence of paid sick leave, the rate of “presenteeism” will rise. Presenteeism is when employees are physically present at work but operating at a reduced level of productivity. However, the Freedom Foundation concluded that “workers come to work sick just as often without a mandatory paid sick leave policy as they do with one.”

Even so, whether a paid sick leave policy makes sense for your business depends on your human resource philosophy, as well as your industry and the practices and labor market dynamics where you operate. The U.S. Bureau of Labor Statistics (BLS) studied how common various private sector sick leave policies are. According to the BLS study, “Paid Sick Leave: Prevalence, Provision, and Usage among Full-Time Workers in Private Industry,” nearly 75%[AB2]  of employers offer paid sick leave. Of those employers offering paid sick leave:

As the table below indicates, the number of paid sick days granted varies by industry. The column “any years of service” refers to companies that grant paid sick leave from Day 1, as well as those that require employees to wait a year or more before they receive this leave.

What Should You Do Now?

As with any rules governing employee behavior, a paid sick leave policy requires thoughtful design and oversight. If you don’t already offer it and are interested in adding this benefit — or you’ll be required to provide it by legislative changes — it may be helpful to look at what others in your industry are doing. Consult your employment adviser for guidance as you consider a policy that’s right for your business.