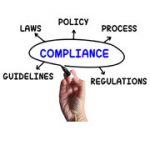 Sometimes employers try to make logical assumptions about the way government regulations work. Unfortunately, doing that without checking the fine print can be a prescription for trouble. Here are some real-life scenarios that probably made sense to the employers at the time. But when put to the test, the Department of Labor (DOL) Wage and Hour Division saw matters differently, and penalized the companies.

A Tampa manufacturer paid employees on a biweekly basis, and didn’t pay overtime if total hours worked during each pay period didn’t exceed 80. But under the Fair Labor Standards Act (FLSA), if an employee worked 50 hours in one week and 30 in the other week, he or she is still entitled to 10 hours of overtime pay for the 50-hour week, regardless of how many the employee worked in the second half of the pay period.

The company was also cited for requiring employees to “perform various tasks and attend meetings for as long as 30 minutes each day” before or after they had punched in or out. That time should also have been compensated and counted towards employees’ overtime pay eligibility.

A Minnesota sheet metal fabricator had a policy somewhat similar to the Tampa company, although more accounting was involved. When employees worked more than 40 hours in a week, the excess hours were “banked” for payment in a subsequent pay period when total hours wouldn’t exceed 40. This was described by the investigator as a “common practice,” albeit illegal.

Case #3. Counting separately, for overtime obligation and calculation purposes, hours worked by an employee at two distinct jobs at the same company at different pay rates.

When two different wage rates are involved, as in Case #3, calculating overtime obligations is done by using each employee’s weighted average wage rate. Here’s an example of finding the weighted average rate. In this example, an employee works for 30 hours at $15 per hour, and another 20 hours at $10 per hour.

Once you have that rate, calculating the overtime is a simple matter of multiplying the rate by 1.5: $13 per hour times 1.5 equals $19.50 per hour.

In addition to the previous scenarios, another issue employers often run up against, according to the DOL, arises when employees are paid a fixed lump sum to compensate for overtime work. This is problematic even if the amount paid winds up being more than your obligation would’ve been had you calculated overtime pay in the required manner. “A lump sum paid for work during overtime hours without regard to the number of the overtime hours worked does not qualify,” states the DOL.

Here are some additional fine points in determining overtime pay:

Elements of a Wage

The calculation of an employee’s hourly wage for purposes of overtime rate calculation can include earnings from piece-rate pay, commissions, salary, “or some other basis.” In other words, all earnings are thrown into the mix. So, too, are non-cash payments “made in the form of goods or facilities based on the reasonable cost to the employer or fair value of such goods or facilities.”

Payments excluded from that mix include pay for expenses incurred on the employer’s behalf, discretionary bonuses, premium payments for overtime work or work on weekends and holidays, and payments for occasional periods when no work is performed due to vacation, holidays or illness.

Paying employees a fixed salary with the stated expectation that the job will consume 45 hours a week doesn’t exempt an employer from paying overtime. In such a scenario, when the weekly salary was, for example, $405, you’d need to first calculate the hourly rate:

Then, determine the overtime rate by multiplying the hourly rate by 1.5.

Then, multiply the hours worked in excess of 40 by the difference of $4.50.

Finally, employees cannot waive their right to overtime pay. And even if you have a policy stating that you won’t pay employees if they work overtime, or do so without express authorization, that will “not impair the employee’s right to compensation for compensable overtime hours that are worked,” the DOL states.

The bottom line is, it’s up to you to take reasonable precautions to ensure that the tasks you ask and expect employees to perform don’t lead employees to working overtime to complete them, or else be prepared to pay overtime.