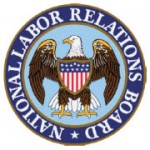 The “quickie election” rules were originally proposed two years ago, but were narrowly rejected by the National Labor Relations Board (NLRB) when the majority of its five members were appointees of President George W. Bush. Today the majority are President Obama appointees, and the rules were adopted 3-2, along party lines.

From the majority’s perspective, the new rules will allow the NLRB “to more effectively administer the National Labor Relations Act by modernizing its rules in light of modern technology, making its procedures more transparent and uniform across regions, and eliminating unnecessary litigation and delay.”

Here’s a quick refresher on the basic steps towards unionization:

1. Employees, a labor union or even, in theory, an employer files a “representation petition” with the NLRB to allow a union representation election to be held.

2. The NLRB will a) review the petition(s) to determine if an election should be conducted and, unless it finds a reason not to, b) it will “direct” an election.

3. In the typical instance in which the employer is not the petitioner, the NLRB notifies you that a petition has been filed.

4. All parties (“in most instances,” according to the NLRB) agree to the voting unit and other issues. When there is disagreement, an NLRB regional office will hold a pre-election hearing to try to resolve disputes.

Here’s what will change on April 14.

Today, employers only need to supply employee addresses and fax machine numbers to union organizers. Under the rules, they will have to supply phone numbers and email addresses as well, assuming the employer has those.

This would enable union organizers to bombard employees with electronic “vote yes” messages right away. If an incident or policy change occurred at your organization that upset many employees, possibly sparking receptivity to union membership, little time would have elapsed to allow tempers to cool or for you to show employees why the unpopular action was necessary.

Here are some additional key components of the new rules:

What to Do Now

Under the new rules, things will move very fast if some employees want union representation. That means you might consider providing some basic education to supervisors about indications that a movement to unionize is developing, to maximize the time you have available to respond.

Also, supervisors should be aware of general labor law requirements and restrictions aimed at keeping employers from blocking employees from seeking unionization.

Finally, if you collect employee personal email addresses and telephone numbers, you might want to revisit that policy. As noted earlier, if you have them, under the new rules you will be obligated to turn them over to union organizers, should a unionization drive take root.