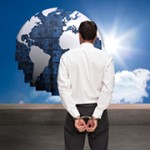 For 20 years, the Association of Certified Fraud Examiners (ACFE) has been publishing studies every two years to raise awareness of occupational fraud, and the role strong internal controls can play in limiting these schemes. The 2016 Report to the Nations on Occupational Fraud and Abuse covers more than 2,400 cases of white collar crime, occurring in more than 100 countries. About 1,000 of these cases involved U.S. organizations.

Over the last two decades, the Association of Certified Fraud Examiners has taught an important lesson through its biennial global fraud report: No organization is immune to white collar crime. Driven by this report and recent high-profile public fraud cases, companies have increasingly implemented antifraud controls over the last six years.

Today, 60% of organizations worldwide have a fraud reporting hotline, up about 9% from 2010. Likewise, 52% of organizations now provide employees with fraud training and 50% have a formal antifraud policy. Both of these measures have increased by roughly 7% since 2010.

How do your antifraud measures compare? Although strong internal controls don’t guarantee that fraud won’t occur at your company, they can minimize your losses and the probable duration of fraud schemes. Your auditor or forensic accountant can help evaluate your internal controls and recommend areas of improvement.

The findings from the latest report remain consistent from prior years. This goes to show that, despite our best efforts to combat white collar crime, dishonest people continue to find novel ways, often exploiting technology, to steal from businesses and not-for-profit organizations.

Consistent with the previous biennial study, the 2016 report estimates that the typical organization loses 5% of its revenues each year to fraud. Based on the latest Commerce Department estimate of 2015 U.S. gross domestic product ($17.9 trillion), U.S. organizations lost about $895 billion to fraud last year.

In other words, for every $1 million of revenues your business earned last year, a baseline estimate for how much you might have lost to occupational fraud is $50,000 (or 5% of $1 million) in the same period. That calculation can be sobering for many small business owners who think they’re immune to fraud — it happens to organizations of all sizes and in all types of industries.

The ACFE study exposes only the tip of the iceberg, however. Many frauds go undetected or unmeasured. Plus, some losses are indirect, including lost productivity, reputational damage and the related future loss of business. Fraud investigations also can be costly, so some organizations opt to cut their losses by simply terminating — but not fully prosecuting — white collar criminals. Many of these losses are never fully recovered.

The Fight against Fraud

The threat of being caught is a powerful deterrent of fraudulent behavior, because it eliminates the perceived opportunity for wrongdoing. But some detection methods are more effective and affordable than others. To get the most from your antifraud spending, consider these detection measures, which the ACFE’s study associated with the shortest durations and lowest losses:

Conversely, detection-by-chance — for example, through a notification by police — tends to reveal longer, more costly fraud schemes. Strong internal control systems may require significant time and money to implement, but they can be resources well spent if fraud occurs at your organization.

A formal code of conduct is an example of a simple, but effective, internal control mechanism that any organization can implement to fight fraud. Although the vast majority of employees will never commit fraud, those who are tempted can be put off by a code of conduct that clearly outlines a zero-tolerance policy on unethical behaviors. It should contain clear illustrations and information about behavior that would violate the code, as well as instructions on how to confidentially report suspicious behavior that could be fraud.

Surprisingly, the ACFE study reports that background checks aren’t a particularly effective method of detecting fraud. That’s because most frauds are committed by individuals without a criminal record who have worked for their organizations for many years.

This finding doesn’t necessarily mean that the company was the fraudster’s first victim, however. It’s possible that his or her attempts to steal from former employers went undetected. Or maybe the individual wasn’t prosecuted by a former employer to preserve the organization’s resources and reputation.

Prosecuting white collar criminals is important for several reasons. It helps recoup fraud losses, sets an example for other would-be fraudsters in your organization and protects future employers from becoming the next fraud victim.

The median loss for all for-profit companies, regardless of whether they’re publicly traded or privately held, was roughly $180,000. By comparison, the median losses for government and not-for-profit entities were approximately $109,000 and $100,000, respectively.

Globally, check tampering (including the manipulation of payments made via both paper-based checks and electronic payment methods), skimming, payroll, and cash larceny schemes all occurred over twice as frequently in small businesses as in larger organizations.

Frequency of Antifraud Controls by Size

Small and large organizations also differ in how they catch fraudsters. Tips were the detection method in 29.6% of the cases involving small entities, compared to 43.5% of the cases involving large ones. This could result from the prevalence of reporting hotlines, which are more common among larger companies than small ones with limited resources.

Honest employees are an organization’s first line of defense against white collar crime. Here are some ways you can encourage employees to join in the fight against fraud:

Invest in training. Educate staff on the red flags associated with fraud from within and outside the company. This helps detect and prevent fraud. It also sends a powerful message about your company’s intention to fight fraud no matter where it originates. Employees must perceive a high probability that fraudulent activity will be detected. The perception of detection is often sufficient enough to dissuade anyone inclined toward unethical behavior.

Engage management in the fight. Managers must be seen and heard reviewing controls and urgently correcting weaknesses that might be detected. If your organization’s managers are perceived to be unwilling or unable to take the time to review the controls, they may inadvertently be sending a message that it’s safe to commit fraud.

Set up a hotline. Anonymous fraud reporting hotlines can be an effective method of obtaining tips about unethical behaviors. Unfortunately, many small businesses shy away from this option, because they see it as too expensive and difficult to administer. A number of providers offer hotlines designed explicitly with small businesses in mind. The cost per employee is minimal in relation to the fraud it can help to uncover and the losses avoided.

The fact that more than half of all tips involved parties other than confirmed employees emphasizes the importance of cultivating tips from various sources. So it’s also advantageous to educate vendors, customers and owners on how to report suspicions of fraud.

Another interesting finding that’s new for 2016 is that more than half of complaints were submitted via the Internet. This suggests that companies with telephone-only reporting hotlines should consider adding more channels for reporting fraud.

Weak internal controls often provide dishonest people with the opportunity to steal assets or cook the books. In the 2016 study, a lack of internal controls and the ability to override internal controls were cited as the leading factors that contributed to fraud. Together, these factors were present in nearly half of the fraud cases in the latest study.

Your accounting and legal advisers can help reinforce your internal controls and investigate if you suspect fraud. Doing so can potentially save your company thousands, if not millions, of dollars in losses and put everyone on alert that fraud will not be tolerated and the consequences will be severe.