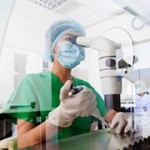 The research credit is back — this time for good — and it’s better than ever for some small companies. The Protecting Americans from Tax Hikes (PATH) Act of 2015, signed into law by the president on December 18, does much more than extend this credit. Under the PATH Act, the research credit is restored retroactive to January 1, 2015, and has finally been made permanent. The new law also provides two additional tax benefits that take effect in 2016 for certain employers.

Another Tax Break for Research Expenses

The research credit isn’t the only tax break available for research activities. Section 174 of the tax code allows taxpayers to elect to either: 1) deduct “research or experimental expenditures” or 2) amortize the costs over a period of not less than 60 months. Qualified expenses are limited to the following:

Important note. The Sec. 174 deduction must be reduced if you claim the research credit for the same expenses. Consult with your tax adviser to determine the best approach for your situation.

What Is the Research Credit?

The research credit was introduced in 1981 to encourage spending on research and experimentation activities by cutting-edge companies. But it was enacted on a temporary basis, and subsequent extensions — generally lasting only a year or two — have also been temporary. The last extension, approved by Congress as part of the Tax Increase Prevention Act of 2014, was the 16th extension of the credit and applied only for one year before the credit expired again on January 1, 2015.

Over the years, the research credit has been modified several times. Currently, the credit equals the sum of the following items:

The base amount used in this calculation is a fixed-base percentage (not to exceed 16%) of the average annual receipts from a U.S. trade or business, net of returns and allowances, for four years prior to the year in which you claim the credit. It can’t be less than 50% of the annual qualified research expenses. In other words, the minimum credit equals 10% of qualified research expenses (50% of the 20% credit).

For an expense to qualify for the research credit, it must meet the following criteria:

Is There a Simpler Way to Calculate the Research Credit?

In lieu of claiming the basic research credit as described above, Congress has authorized an alternative simplified credit (ASC). Currently, the ASC equals 14% of the amount by which qualified expenses exceed 50% of the average for the three preceding tax years.

The ASC may be preferable to the regular research credit for some companies. For example, your company possibly may opt for the ASC, rather than the regular credit, under the following conditions:

How Does the New-and-Improved Research Credit Measure Up?

The practice of periodically allowing the research credit to expire and then be reinstated, often on a retroactive basis, has made it especially difficult for companies to plan ahead. Previously, managers frequently made decisions about incurring expenses and authorizing projects without knowing whether those expenditures would be eligible for the research credit. This likely had a dampening effect on the research and experimentation activities at companies that heavily rely on the credit to help defray the costs.

Now that uncertainty is over. The research credit has finally been made permanent by the PATH Act, without any interruption since it was last extended in 2014. The new law also improves the credit for some small companies in the following two ways:

2. Payroll taxes. Also effective for 2016 and thereafter, a qualified startup company may claim the research credit against up to $250,000 in FICA taxes annually for up to five years. For this purpose, the company must have less than $5 million in gross receipts.

It’s important to note that the bill that worked its way through Congress also included a provision to increase the base figure for the ASC from 14% to 20%. Although this particular modification didn’t make it into the final version of the PATH Act, it’s likely that supporters of such an increase will renew their efforts to have the ASC modified in subsequent legislation.

Now qualifying companies can count on claiming the research credit when they plan for their research and development projects. Before doing so, meet with your tax adviser to develop a plan that maximizes the benefits allowed under the new law.