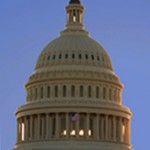 A new law closes loopholes in the Social Security rules that have allowed married couples to receive more benefits over their lifetimes by following certain strategies. The Bipartisan Budget Act of 2015, signed by President Obama on November 2, 2105, shuts down loopholes that Congress said will “prevent individuals from obtaining larger benefits than Congress intended.”

Here’s a brief description of the strategies that have been used by married couples but will soon disappear. It has been estimated that a couple using one of these strategies could receive tens of thousands of dollars more than if they hadn’t used it:

1. File and suspend. Under this method, a higher-earning spouse claims Social Security benefits at his or her full retirement age, which is currently 66. However, this spouse then immediately suspends the benefits until a later date (for example, age 70). This allows the individual’s Social Security credits to continue growing. (More credits mean a higher Social Security check later.)

By doing this, the spouse’s Social Security credits continue growing. For those who turn 62 after 2015, the new law abolishes the ability to file a restricted application for only spousal benefits. If you’re age 62 or older in 2015, you’re still able to use the restricted application strategy for only spousal benefits upon reaching full retirement age.

Filing for Social Security benefits can be a complicated process. While the new law closed these loopholes, there are still various options for claiming benefits. You can still earn Social Security credits, and thus receive higher amounts in the future, by waiting past the full retirement age to claim benefits. Consult with your financial adviser about how to proceed in your situation to maximize your lifetime payout.