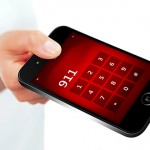 Imagine an intruder enters your home. You hide in the closet. Fortunately, your cell phone is in your pocket. Calling 911 might alert the intruder to your whereabouts before help arrives, but texting 911 could save the day — if it’s available in your area and enabled by your cell phone or messaging provider.

The Federal Communications Commission (FCC) recently approved new text-to-911 rules, requiring all wireless carriers and some messaging services to allow people to text 911 in an emergency. The new rules will be a burden on local call centers, a boon for wireless carriers and a potential lifesaver for people in life-threatening situations.

The FCC rules also impose some tight deadlines. Wireless carriers and “interconnected text providers,” including Apple’s iMessage and Google Voice, must allow texts to 911 by December 31, 2014. All 911 call centers must be equipped to receive messages by June 30, 2015.

“In times of emergency, consumers expect to be able to reach 911 emergency services using whatever means of communications are most familiar to them. Increasingly, that means text messaging.”

The ability of call centers to handle emergency texts is spotty at best — unless you live in Maine or Vermont, the only states fully equipped to handle 911 texts.

There’s currently limited support in certain counties of Indiana, Texas and 14 other states. More call centers are expected to begin implementing or testing emergency texting software in response to the FCC’s new rule, however.

How do you know if 911 texting is available where you live and work? Check out the FCC website for a current list of text-compatible locales.

Emergency texts aren’t intended to replace emergency voice calls. But 911 texting could be helpful in volatile, life-threatening situations — such as home invasions, assaults, hostage and domestic violence incidents — when victims don’t want the perpetrator to know that they’re seeking help for fear of escalating matters. People contemplating suicide also may prefer texting to speaking directly with a 911 operator.

For example, a Vermont call center recently received a text that provided a street address and the word “suicide.” Communication then stopped. Police went to the address and discovered that a young man had hung himself. Thanks to the 911 text, they were able to cut the rope and save his life.

In another case, an Indiana woman used her cell phone to call 911 and hung up. Following the call center’s standard response protocol, the emergency operator texted the cell phone back, asking if there was a life-threatening emergency. The victim texted back “yes” and provided an address. The operator checked the center’s call records and told responding officers there had been a history of domestic violence at the address provided. When police arrived, they found the woman’s boyfriend holding her at knife-point.

These stories might have ended tragically if the victims’ mobile providers or the 911 call centers were unable to handle texts. In fact, that happened to many victims during the mass murders at Virginia Tech in 2007 and during Hurricane Sandy in 2012. At that time, people mistakenly assumed that all 911 call centers could receive texts.

However, in areas where text-to-911 works, emergency texts may be a better method of contact when mobile device networks are congested, because texts use less bandwidth than voice calls. And as we’ve learned during emergencies, such as the Boston Marathon bombings or the September 11 terrorist attacks, cell networks can slow down or service can become inoperable.

The ability to text 911 could also help people who are hearing-impaired or physically unable to speak due to injuries, strokes and cardiac emergencies. As tech-savvy Baby Boomers age and experience health problems, text-to-911 capabilities could become increasingly beneficial.

Outdated Call Centers and Other Obstacles

Four major mobile providers — AT&T, Sprint, T-Mobile and Verizon — voluntarily enabled texting to 911 in May. But text-to-911 implementation by providers isn’t a sure-win. Less than two percent of emergency call centers are currently equipped to handle text messages. Instead, they’re stuck with legacy systems that do not give them easy access to the Internet or text messaging. The FCC estimates that it could cost $3 billion for all domestic call centers to become fully operational.

Although the FCC has given its stamp of approval on the text-to-911 policy, it’s likely to face delays if states and localities challenge its costly and swift implementation. Technically, the FCC doesn’t have the authority to require call centers to become text-compatible — that’s a decision for individual counties and states to make (see the right-hand box “Vermont and Maine Lead the 911 Texting Movement”).

The FCC’s new rules also don’t cover messaging services that don’t use short message service (SMS) technology, such as Twitter, Facebook or the Whatsapp tool that was recently acquired by Facebook.

Location tracking creates another obstacle. When a person calls 911 on a landline, his or her phone number and approximate location is automatically displayed on the calling center’s phone line. This is called “Enhanced 911.” However, when you text 911 from a cell phone today, the call center usually won’t receive the automated information. Carriers may need to figure out a way to bypass privacy laws and automatically enable location-tracking services for emergency calls and texts.

If you’re considering sending an emergency text to 911, keep these guidelines in mind:

Most importantly, never rely solely on text to reach 911. Until mobile providers and local call centers can overcome the numerous obstacles to emergency texting services, many people won’t be able to reach 911 by sending a text message. But the FCC’s new rule is an important step toward making 911 texting widely available across all 50 states in the future.