How to Motivate Employees When Raises Are Just Ho-Hum 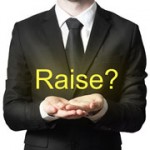 According to several employer surveys, projected average pay raises for 2016 will be about what they have been in the last few years. For many companies, the 3% average raise seems to have become standard operating procedure. Surveys by Mercer, for example, have shown no changes since 2012, if not longer, for some businesses. But is 3% enough to keep employees engaged?

First, a closer look at salary raise patterns shows critical distinctions by performance level, as well as job category. Mercer’s 2015/2016 U.S. Compensation Planning Survey (summarized in the chart below) found 2015 raises averaged from 5% at the top-end down to barely noticeable at the bottom end. That pattern is not expected to change much for 2016.

Even with the unemployment rate maintaining its steady downward trend in recent years, many companies don’t feel the need — or have the ability — to give out higher raises. Instead, a growing number are rewarding employees (at least exempt employees) for last year’s performance primarily with a short-term incentive or bonus.

When a promotion occurs that includes a raise, the average pay increase is generally higher than when there is no promotion. According to the WorldatWork Promotional Guidelines Report, last year’s promotion-related raises averaged:

The Mercer survey showed a similar pattern, with average raises about one percentage point higher.

When someone is promoted out of the blue, a potentially powerful motivational tool is thrown out the window. Given that the only way for most employees to get a significant bump in pay is to be promoted, it’s important for them to know what it takes to earn a promotion. It’s also important to make workers aware they can move around within the company, perhaps to a job they find more interesting, even if a promotion isn’t part of the change.

The Mercer survey, whose respondents were from mid-sized and large employers, found that less than half (40%) provide employees with a “career framework.” A career framework is a set of guidelines showing workers what they need to do to secure different jobs within the organization. It’s likely that among smaller employers, the practice is even more uncommon.

Based on results of the same survey, this could change. Nearly one-third of the respondents who said they currently don’t provide a career blueprint intend to implement one in the future.

WorldatWork’s survey also explored how employers communicate with employees (and prospective new hires) about advancement opportunities. Again, most companies fall short of using the possibility of promotion as a recruiting tool.

Only about half of employers in the survey make a practice of sharing promotion guidelines or policies with employees, and one out of five don’t do so under any circumstances. That approach is at odds with a common employer perception that employees find knowing about promotion opportunities highly motivational.

At the same time, however, if you do make the possibility of a promotion known, be careful not to paint yourself into a corner by overstating the opportunity. Otherwise, you risk causing frustration among those who strive for advancement and don’t get it. To avoid this problem, create a realistic picture of the availability of promotions and provide specific criteria for each opportunity.

Better Than Business as Usual

As noted, most employees other than the top achievers will be getting ho-hum raises in 2016. But if you play your cards right — such as by using cash bonuses and communicating honestly about how to get promoted — you can still spur them on to higher performance levels in the new year without overspending on salaries and wages.