Meet Gen Z: The Future of Your Business 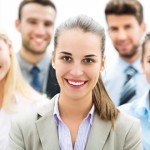 Consider including in your five-year business plan an image of the people you will likely be hiring then — keeping in mind that “Generation Z” will be your entry-level hires.

The study found that Gen Y and Gen Z don’t rely on technology as much as you might think.

Both generations also want real, personal interaction rather than doing everything via technology. Both say they prefer in-person meetings with managers (Gen Z 51 percent; Gen Y 52 percent) as opposed to emailing (16 percent and 18 percent respectively) or instant messaging (11 percent for both).

Both groups said technology is the main distraction in the workplace. Gen Y cited email (31 percent) and millennials (37 percent) pointed at instant messaging.

You may get some help from the global study Gen Y vs. Gen Z Workplace Expectations, recently released by Millennial Branding, a Gen Y research and consulting firm, and Randstad North America, an HR services and staffing company.

The survey polled just over 2,000 (1,000 people from each generation) across 10 countries — the United States, Brazil, Canada, China, Germany, India, South Africa, Sweden, Turkey and the United Kingdom. Two hundred of the respondents were in Canada.

The poll, apparently the first international study on the topic, raises some concerns about our economic future. For instance, only a little more than 50 million of Gen Zers are in the United States, while more than 300 million are in China and 350 million are in India. Nigeria, too, accounts for a huge group, says Jim Link, chief human resource officer for Atlanta-based Randstad North America.

This means that if your business wants to attract these people, it is going to have to consider how it approaches this. A diverse workforce may become less important because companies will have to become more realistic about how they acquire the people they need to get the job done, regardless of their ethnicity or country of origin.

In other words, companies may either have to import workers or go to other countries to get work done. This could have a huge impact on North American based companies and the economy.

“Gen Z has a clear advantage over Gen Y because they appear to be more realistic instead of optimistic, are likely to be more career-minded, and can quickly adapt to new technology to work more effectively,” Dan Schawbel, founder of Millennial Branding and author of Promote Yourself: The New Rules for Career Success, said.

He added that Gen Zers have seen how much their parents and Gen Yers (ages 21 to 32) struggled in the recession. As a result, he says, they will come to the workplace well-prepared, less entitled and more equipped to succeed.” For the purposes of this study, Gen Z was defined as those between the ages of 16 and 20. Other definitions push the upper end of that range to 25.

Because the recession was global, many of the traditional drivers of a career are slightly different for this younger group than its predecessors. “Their view of money is different due to the global recession,” Link says. He observes that they saw:

So they’re going to be savers, realistic about how things get done and how hard they’re going to have to work. Chances appear good that they will use swapping, economizing, consolidating, bartering, recycling, and repurposing. This is likely to make them more open to new ideas and ways of doing things and even less inclined to adapt to a hierarchical environment than Gen Y.

The results show these differences in the top motivating factors between that Gen Z and Gen Y:

Although Gen Z will actually have to enter to work force before managers understand how to deal with and manage it, the study cracks open the door and indicates a group that is more entrepreneurial and realistic than its predecessor and that prefers meaning over money.

Both generations prefer honest leaders, but Gen Zers — more than Gen Y – appear to value collaboration, with managers listening to their ideas and valuing their opinions. For your business, then, the future may require that it create honest, open cultures that support that desire for advancement.

Gen Z also is likely to be realistic about becoming successful. It doesn’t see race, age or gender as separate factors; they see only a level playing field. Employers may welcome the fact that this generation tends to think that as long as everyone has the same chance to success, all is well..

What else should you know about your future hires? Here are a few highlights from the report (see right-hand box for more insights):

Other attributes that distinguish the generations:

Looking Ahead: Randstad’s Link noted that integrated generations is an increasing challenge for employers. “Generations are separated along narrower age bands, requiring managers to juggle the needs and preferences of four or even five distinct generations working side-by-side,” he said.