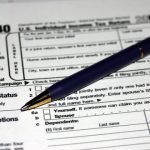 Love and marriage — according to the song, they go together like a horse and carriage. But matrimony can leave some couples singing a sad tune when they encounter the ominously named “marriage penalty.” However, for other couples, marriage brings tax-saving opportunities.

When tax brackets for married couples aren’t twice as big as those for singles, newlyweds could wind up in a higher tax bracket than if they were able to file as singles. This, in a nutshell, is the marriage penalty.

But there remains a financial danger for married couples in the middle and higher brackets, and the danger is substantial for those who hit the 39.6% bracket. As single tax filers, neither spouse would be subject to the 39.6% rate for 2016 until his or her own taxable income exceeded $415,050. But married couples face that rate as soon as their combined taxable income hits $466,950 — only $51,900 more.

So let’s say that each spouse has taxable income of $400,000. The tax that they’d pay as a married couple is more than twice what they’d pay as two unmarried people. In this simplified example (not taking into account any credits or other tax breaks), the couple would face a tax bill more than $31,000 higher than if they were single.

Even if a married couple is in the middle or higher brackets, the marriage penalty doesn’t always apply. For example, if only one spouse is working, being married might actually save the couple tax — in other words, the marriage penalty can turn into a marriage bonus. If the spouse who isn’t employed expects to be working the next year, the couple might benefit from accelerating some income into the current tax year and deferring deductible expenses to the next one.

Another tax-saving opportunity may be available if one spouse earns substantially less than the other and has incurred significant medical expenses. For taxpayers under age 65, medical expenses are deductible only to the extent they exceed 10% of their adjusted gross income for the year. Filing jointly, the couple might not exceed the threshold. But, filing separately, the lower-earning spouse might be eligible for a valuable deduction. (This needs to be weighed against any additional tax liability the higher-earning spouse faces from filing separately.)

How to best deal with the tax consequences of marriage will vary from couple to couple. For help with your situation, please contact us.