The Link Between Employee Motivation and Your Compensation Philosophy 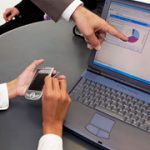 Do your employees understand your company’s compensation philosophy? That was a question posed to human resource managers in a recent WorldatWork survey, Compensation Programs and Practices. According to the survey, almost one in five employers believe that most of their employees have a basic understanding of how their pay is determined. However, nearly half of employers in the survey estimate that most of their workforce has little or no understanding.

In practice, the majority of employers simply aim to set pay at the median for a given job category in their labor market. But just paying a median wage, if it can be called a compensation philosophy, isn’t one that will excite most employees if it’s explained to them as such.

Still, nearly the same percentage use some form of variable pay, typically a bonus, to reward exemplary performance. Presumably this reflects a compensation philosophy that not all employees in the same job category should be paid the same every year.

Though most employers tell employees (or at least imply) that they will be rewarded if they achieve certain goals, nearly a third say they plan to give bonuses even to those who didn’t achieve performance expectations. While such employees might appreciate the bonus, their employer loses all credibility in the process.

The amount of pressure on publicly held companies to be clear about their compensation philosophy is about to explode, and it could spill over to some smaller companies. That’s because under new Securities and Exchange Commission rules, public companies beginning in 2017 will be required to report the ratio of their CEOs’ pay to that of median employee pay.

That multiple has been estimated at 300, and executive pay has risen at a much faster rate than typical employees for many years. When the figures start being reported, sensitivity to how compensation levels are determined will grow.

Here are some compensation philosophy questions to consider, then resolve and communicate to employees:

After you’ve reviewed and perhaps revised your compensation philosophy, communicating it to employees is crucial. They consider the manner in which you pay them as the acid test of what you want from them. Intangibles matter too, of course, like the quality and tone of the work environment. If pay practices are a mystery, you lose on two counts: Employees don’t like being kept in the dark, and they won’t know which behaviors will bring tangible rewards.

Simply describing your compensation philosophy in an employee handbook won’t get the job done. While that’s a necessary starting point, discussing it directly with employees and answering their questions, generally in the context of a performance review, makes it more comprehensible.

Finally, be sure employees understand all of the elements of their compensation, and the philosophy behind it. If their paychecks represent, for example, only 70% of their total compensation when the value of benefits is added in, it’s important for them to understand that. It will also give them something to think about if they’re tempted to seek a job with another employer because they’ve heard the wages are good, without knowing the whole story.