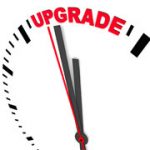 It’s a lot more efficient to retain good employees than to find and hire new ones.

The Society for Human Resource Management (SHRM) recently asked its members how they are adapting their employee benefit programs to avoid losing quality workers. Two-thirds of respondents in the study represent employers with fewer than 500 employees.

SHRM’s “Strategic Benefits” study set the stage by asking employers how many are having a tough time retaining highly skilled employees. Fully 37% reported that this is a problem for them — up from 27% only four years ago. That challenge was more acute among self-described “high-tech” companies.

More than one-third of respondents reported difficulty retaining employees at all levels within the organization, up from 25% in 2012.

Nearly one in five surveyed employers changed their benefits plans within the last year. And among high-tech companies, one in four did so.

How many companies have changed these benefits in the past year?

What did employers change? As the table above indicates, among the employers that made changes, health care benefits were altered by the majority. Some employers differentiated benefit plan changes for the various employee segments.

As the table shows, 44% of the employers made changes particular to high-performing and highly skilled workers. Also, career development plans were more prevalent for high-performing employees among employers that changed those benefits.

Family-friendly benefits are seen to be dropping in importance, with only 28% believing they will grow in value (vs. 55% 2013).

Career development and flexible working arrangements were also considered vital to the retention of millennial generation workers, with 83% and 80% of survey respondents, respectively, identifying those benefits.

The SHRM survey asked employers the same set of questions with respect to recruiting new workers. Their responses generally fell into the same pattern.

One noteworthy finding, however, is that employers see the primary bread-and-butter benefits — health and retirement plans — gaining importance in the recruitment of employees at all levels of the organization, but career development and flexible working arrangements as becoming a larger draw for millennial and highly skilled employees.

The survey did not get “into the weeds” on the kinds of changes survey respondents made to their plans. The general trend with health plan changes in recent years has been a shift to high-deductible health plans (HDHPs) paired with health savings accounts. However, that’s been a mixed bag for employees.

According to the Kaiser Family Foundation, in 2016 the average employee contribution to HDHP premiums was $943 for single coverage and $4,289 for family coverage. Those numbers are 16% and 19%, respectively, lower than the average of all health plan types. However, employees who incur higher than average number of medical claims typically wind up paying more under HDHPs than HMO or PPO plans by virtue of the higher deductible.

Employers who consider health benefits as a vital tool for retaining and recruiting employees need to only make their plans less costly to employees than their competitors do, even while overall costs to employees are on an upward path.

Expanding flexible working arrangements, in contrast, doesn’t necessarily entail an increase in employer costs, so long as there’s no productivity drop among employees who use these programs. In general, with proper supervision and the appropriate kind of job (that is, one in which employees don’t need a lot of facetime with colleagues), the productivity issue goes away.

Similarly, career development benefits, which are so cherished by millennials (as are flexible working arrangements) don’t need to add significant costs to your employee “total compensation” budget.

Making an effort to sketch out a probable career path for talented employees may not cost anything. And while additional training programs do increase costs, if the net result is better trained and more loyal employees, that expense becomes a long-term investment in the future of your organization.